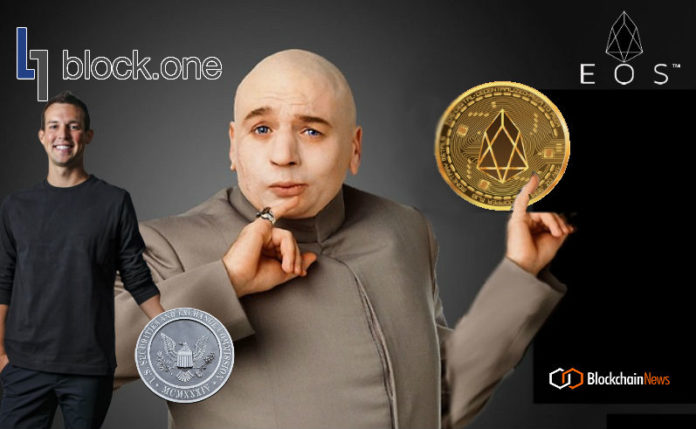 The US Securities and Exchange Commission (SEC)  has settled with blockchain technology company Block.one for conducting an unregistered initial coin offering of digital tokens (ICO) that raised the equivalent of several billion dollars over approximately one year.  The company agreed to settle the charges by paying a $24 million civil penalty. This is peanuts considering they raised more than $4 billion dollars over the 12 month period that they conducted the ICO.

This is rather surprising since Block.one did not register its ICO as a securities offering pursuant to the federal securities laws, nor did it qualify for or seek an exemption from the registration requirements.

“Immediately, questions around the settlement started pouring in: why did Block.one “only” have to pay a $24 million fine in the settlement? What did the SEC find that Block.one violated? How the hell did they even get away with “just” having to pay a fee, and keep operations as is?”

“To understand those questions, I read both the settlement order, as well as the waiver letter that Block.one’s lawyers wrote to the SEC. I have almost no words except..holy shit, those lawyers are good.”

According to the SEC’s order, Block.one, which has operations in Virginia and Hong Kong, conducted an ICO between June 2017 and June 2018.  The order finds that Block.one stated it would use the capital raised in the ICO for general expenses, and also to develop software and promote blockchains based on that software.  Block.one’s offer and sale of 900 million tokens began shortly before the SEC released the DAO Report of Investigation and continued for nearly a year after the report’s publication, eventually raising several billion dollars worth of digital assets globally, including a portion from US investors.

The company issued the following statement regarding the announcement:

“We are excited to resolve these discussions with the SEC and are committed to ongoing collaboration with regulators and policymakers as the world continues to develop more clarity around compliance frameworks for digital assets.

The extraordinary success story of America is in part built upon its rich history of supporting entrepreneurship and emerging technologies, and we encourage and applaud the efforts of entrepreneurs and leaders from tech, finance, and other industries who are striving to make the U.S. an environment where technology can advance and thrive in a predictable and inclusive way.

Blockchain’s ability to better align organizations with their consumers, increase the transparency of critical database infrastructure, and better distribute value and wealth throughout society remains our company’s focus, and we will continue to fight for the development of our industry to achieve as much alignment around policy and best practices as possible.

As always, we are humbled by, and thankful for, the community support that enables everything we do.”

The SEC’s order finds that Block.one violated the registration provisions of the federal securities laws and requires it to pay a $24 million civil monetary penalty.  Block.one consented to the order without admitting or denying its findings.

“A number of US investors participated in Block.one’s ICO,” said Stephanie Avakian, Co-Director of the SEC’s Division of Enforcement.  “Companies that offer or sell securities to US investors must comply with the securities laws, irrespective of the industry they operate in or the labels they place on the investment products they offer.”

“Block.one did not provide ICO investors with the information they were entitled to as participants in a securities offering,” said Steven Peikin, Co-Director of the SEC’s Division of Enforcement.  “The SEC remains committed to bringing enforcement cases when investors are deprived of material information they need to make informed investment decisions.”

The investigation was conducted by Luke M. Fitzgerald and Tuongvy Le, and was supervised by John O. Enright, of the SEC’s Cyber Unit and New York Regional Office.

Interesting that the SEC seems to have a different set of rules for Kik and their Kin token.

But the SEC legal and financial pressure forced them to shut down their messaging service used by over 200 million and let go of 100 employees. Perhaps being a Canadian company does not help.

Facebook
Twitter
Pinterest
WhatsApp
Previous articleAqilliz Rolls Out Blockchain Enterprise Product Lines for the Digital Marketing Industry
Next articleStreamr Launches Global Pub/Sub Network For Machine Data
Richard Kasteleinhttps://www.the-blockchain.com
In his 20s, he sailed around the world on small yachts and wrote a series of travel articles called, 'The Hitchhiker's Guide to the Seas' travelling by hitching rides on yachts (1989) in major travel and yachting publications. He currently lives in Groningen, the Netherlands where he has set down his anchor to raise a family and write. Founder and publisher of industry publication Blockchain News (EST 2015) and director of education company Blockchain Partners (Oracle Partner) – Vancouver native Richard Kastelein is an award-winning publisher, innovation executive and entrepreneur. He has written over 2500 articles on Blockchain technology and startups at Blockchain News and has also published in Harvard Business Review, Venturebeat, Wired, The Guardian and a number of other publications. Kastelein has an Honorary Ph.D. and is Chair Professor of Blockchain at China's first blockchain University in Nanchang at the Jiangxi Ahead Institute software and Technology. He has over a half a decade experience judging and rewarding some 1000+ innovation projects as an EU expert for the European Commission's SME Instrument programme as a startup assessor and as a startup judge for the UK government's Innovate UK division. Kastelein has spoken (keynotes & panels) on Blockchain technology at over 50 events in 30+ cities.