The U.S. Marshals Service is auctioning almost $37 million in bitcoin on February 18th, 2020. This sealed bid auction is for 4,040.54069820 Bitcoin, forfeited in various federal criminal, civil and administrative cases, and the required deposit to participate in this auction is USD$200,000.00. Foreign citizens can participate in the auction – however, bids will not be accepted from any person or entity that appears on the U.S. Treasury Department’s Office of Foreign Assets Control list of “Specially Designated Nationals.”

The bitcoin auctions are not new. The U.S. Marshals Service have issued ten of them over the years.

Potential bidders must register by Feb. 12.

This sealed bid auction is separated into four series: 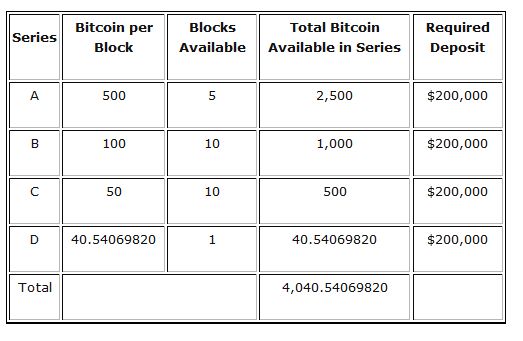