A community-driven cryptocurrency (CRW) and application Crown Platform (EST 2013) – has released its latest technological in-house innovation called the Crown Core v0.14 ‘Emerald' NFT Framework. The new protocol enables the tokenisation of assets on the Crown blockchain by the issuance of protocols and tokens. With this release, authored by technology lead Artem Brazhnikov, Crown Platform extends its functionality to serve as an asset-chain.

“The NFT Framework is a way to tokenise assets without writing any asset-specific code.”

The NFT Framework represents a central part of the Crown Platform ecosystem which has applications that range from the registry of digital and physical assets to the extension of Crown’s governance and consensus structures through additional possibilities of a registry, authentication and documenting foundation. 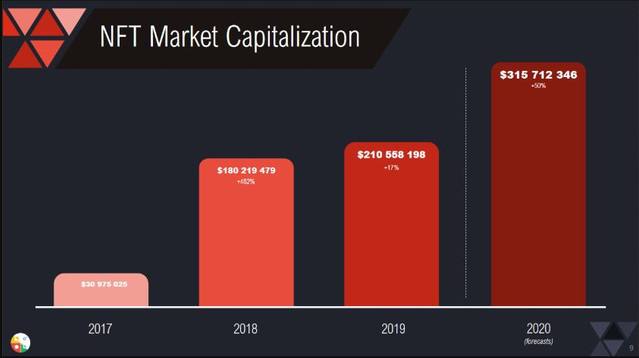 Issue protocols and tokens on the Crown Platform starting March 24.

“The NFT Framework is a way to tokenise assets without writing any asset-specific code, stated their press release on Medium. “NFT Structure: create a protocol to define its rules. Now you can issues tokens within that protocol!”

Starting March 24, individuals, businesses and institutions can become issuers of unique protocols and tokens, specifying their rules and participating in the creation of a decentralised on-chain registry linked to the CRW public-key cryptography and powered by a highly secure Masternode Proof of Stake consensus mechanism. The Crown Platform development has been focused on the usability of the framework. That is why no additional coding language is needed to program the tokens, unlike Ethereum’s ‘Solidity’ approach.

This development milestone is a big step forward for the Crown Platform and it’s an enthusiastic community, and there are more to follow. Implementing instant NFT transactions for non-fungible asset exchange and trading are among the top development priorities, together with the soon to be released Bitcoin v0.17 codebase update.

Crown stakeholders have been working on this pioneering cryptocurrency project for years, allowing Crown Platform to evolve through its Decentralized Governance and Proposal System, an algorithmic voting and funding mechanism that allows the Crown Platform project to self-sustain its path towards further technological and social innovation. By doing so, Crown Platform is creating an alternative, decentralised economy based on its native fair-launch coin, CRW.

The Crown Platform community is committed to enabling an open, decentralised, and community governed infrastructure, supporting functionalities that leverage the potentials of blockchain technology while remaining truthful to decentralisation and permission-less interaction in a cryptographically secure and incentivised peer-to-peer network.