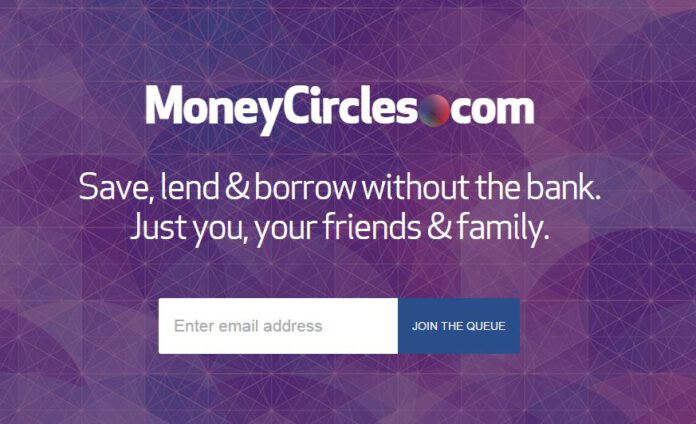 MoneyCircles.com, created by Outlier Ventures, Europe’s first dedicated blockchain incubator setup,  is a decentralised peer-to-peer lending app built on Uphold (formerly Bitreserve) which allows circles of people to get together and mimic a credit union to save & lend with one another based on a ‘common bond’.

By using smart contracts this allows for total transparency and verifiability, a first in the financial services market. This is a groundbreaking publicly verifiable and decentralised peer-to-peer lending platform using fiat pegged crypto-currency and is the first publicly released proof-of-concept from Outlier Ventures.

The commercial ambition of MoneyCircles.com is to enable financial institutions like credit unions, challenger or traditional banks, as well as a constituted, MoneyCircles to lend to people who can’t access mainstream credit facilities with greater flexibility and on better terms for both savers and borrowers.

MoneyCircles.com believes the growing wealth divide across our societies is compounded by lack of access to affordable credit. In the UK alone there are 6 million people locked out and trapped in a permanent state of indebtedness and in the developing world half of households have no access to credit at all.

At the same time millions of savers have money trapped in low interest savings accounts with institutions that want to lend, but that are unable to. Savers desire better rates and want their money put to better use. By making money more socially active, not just an abstract concept, we hope to encourage the 9m Britons with no deposit accounts to also start saving.

MoneyCircles.com aims to reconcile these two parts of the market, by making saving and lending more socially based, to better deploy deposits which will help significant parts of society build a positive relationship with financial institutions. The aggregate effect would be ongoing stimulus to economic growth, fairer rates and reduced inequality in financial services.

MoneyCircles.com believes most new ‘challenger’ fintech focuses simply on enhancing user experience and the growing p2p lending market, estimated to be worth $150bn by 2025, rather than improving lending parameters to actually reinforce outdated risk averse credit scoring. They believe none fundamentally create a fairer marketplace that borrowers see as part of a long-term solution to managing indebtedness rather than just another creditor.

The POC demonstrates how, by building a decentralised application (DApp) on Uphold (formerly Bitreserve) blockchain and API, its users can mimic a credit union through deployment of Ethereum smart contracts. This means users can form ‘money circles’ with friends, family or local communities of ‘common bond’ to save and lend with full control and flexibility on saving & lending terms without the need for a middleman.

MoneyCircles.com intends to build their own cross-circle ‘trust score’ based on positive relationships people have across the network of circles. Circles can be connected up to external data sets including social media or traditional credit scoring through the use of ‘oracles’, a method of giving smart contracts access to information in the outside world in a decentralised manner.

MoneyCircles.com intend to exploit the technology and findings through Money Circles Ltd initially targeting the $1 trillion credit union market and are actively seeking investment and partners including a submission to a leading fintech incubator.

Outlier Ventures Ltd was created by  to seed, develop and launch a new startup every 3-6 months across a variety of sectors.

Facebook
Twitter
Pinterest
WhatsApp
Previous articleThe Economist Magazine Covers Blockchain
Next articlePayment Giants Tapping into Blockchain Tech
Richard Kasteleinhttps://www.the-blockchain.com
In his 20s, he sailed around the world on small yachts and wrote a series of travel articles called, 'The Hitchhiker's Guide to the Seas' travelling by hitching rides on yachts (1989) in major travel and yachting publications. He currently lives in Groningen, the Netherlands where he has set down his anchor to raise a family and write. Founder and publisher of industry publication Blockchain News (EST 2015) and director of education company Blockchain Partners (Oracle Partner) – Vancouver native Richard Kastelein is an award-winning publisher, innovation executive and entrepreneur. He has written over 2500 articles on Blockchain technology and startups at Blockchain News and has also published in Harvard Business Review, Venturebeat, Wired, The Guardian and a number of other publications. Kastelein has an Honorary Ph.D. and is Chair Professor of Blockchain at China's first blockchain University in Nanchang at the Jiangxi Ahead Institute software and Technology. He has over a half a decade experience judging and rewarding some 1000+ innovation projects as an EU expert for the European Commission's SME Instrument programme as a startup assessor and as a startup judge for the UK government's Innovate UK division. Kastelein has spoken (keynotes & panels) on Blockchain technology at over 50 events in 30+ cities.