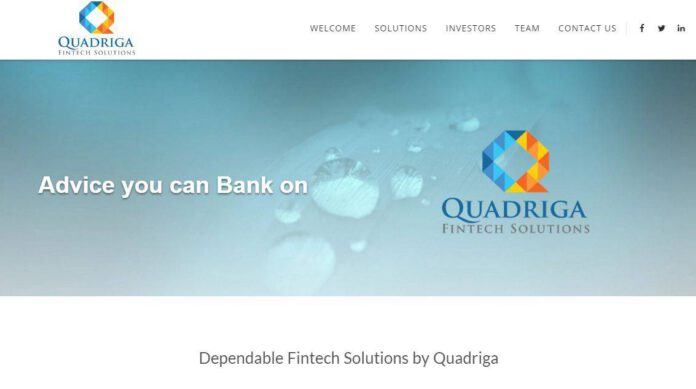 Quadriga Fintech Solutions Corp. has announced the launch of Canada’s first R&D lab for Blockchain technology. The lab’s first project will be the development of a platform with two core functions: handling the onboarding and client data management for financial crime systems using the Blockchain and facilitating machine to machine (M2M) payments with Internet of Things (IoT) providers for connected cities.

“Blockchain technology has an unchangeable, fully traceable ledger of activity and as such, represents a crucial innovation for financial technology, particularly for systems designed to combat money laundering, terrorist financing and fraud.” Quadriga has the largest exchange in Canada and the largest existing database of customers that already use the Blockchain, so it was a natural progression for us to move forward with research into the Blockchain and to take a leadership role on Blockchain in Canada.”

“We are very excited to be starting a Blockchain lab and helping to develop FinTech in Canada, especially focusing on two phenomenal growth areas in the space, of using the Blockchain to manage digital identities for digital finance at the highest AML legal standards in the world and to be the intersection point for M2M payments for cities as they become digital and need to build in micro-payments that are efficient, instantaneous and transparent,” he said. “Down the line, we see our Blockchain R&D lab having even greater applications for climate finance.”

The Company has entered into an agreement with Christine Duhaime, a leading legal expert in digital finance and financial crime law, and a leader in FinTech in Canada, who founded the Digital Finance Institute. Ms. Duhaime brings to the Blockchain R&D lab, a breadth of exposure to financial crime systems mitigation that is unparalled. In addition, her knowledge of the FinTech industry and international connections in finance, banking and FinTech will help open up additional routes to market for Quadriga’s Blockchain applications once developed.