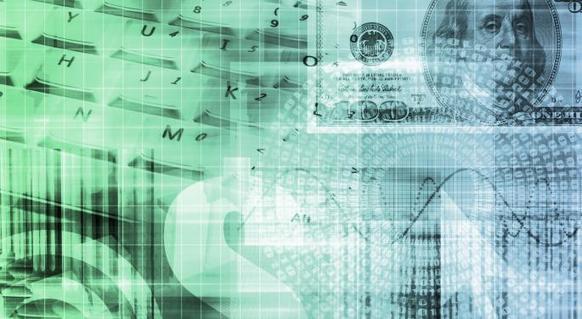 The Committee on Payments and Market Infrastructures (CPMI), located in Switzerland has released its report on Digital currencies and there’s a heavy focus on Blockchain technology.

The CPMI is a member of the Financial Stability Board (FSB) and participates in the FSB’s work to coordinate and promote the implementation of effective regulatory, supervisory and other financial sector policies. In the context of its activities the Committee maintains contact with many global payment system providers, industry associations and regulatory authorities.

Innovations in the payments domain can have important implications for the safety and efficiency of the financial system and thus are monitored by many central banks.

In this regard, Benoît Cœuré, Chairman of the CPMI, said:

“Digital currencies and distributed ledgers are innovations that could have an impact on many areas, not only on payment systems and services. Even if today’s schemes do not endure in their present form, it is likely that other products, services and business models based on the same underlying technology will continue to emerge and develop. This might lead to changes in the way that FMIs and other market participants operate.”

The development of digital currencies using distributed ledger technology is an innovation with potentially broad applications. In the financial market infrastructures (FMIs) sector, wider use of distributed ledgers by new entrants or incumbents could have implications extending beyond payments, including their possible adoption by some FMIs and more broadly by other networks in the financial system.

Similarly, in some extreme scenarios, the role of a central body that issues a sovereign currency could be diminished by protocols for issuing non-sovereign currencies that are not the liability of any central institution. This raises the question of how central banks could respond to an increasing use of distributed ledger technology to settle transactions.

One option is to consider using the technology itself to issue digital currencies. In a sense, central banks already issue “digital currency” in that reserve balances now only exist in electronic form and are liabilities of the central bank. The question is whether such digital liabilities should be issued using new technology and be made more widely available than at present. This raises a wide range of questions, including the impact on the payments system, the privacy of transactions, the impact on private sector innovation, the impact on deposits held at commercial banks, the impact on financial stability of making a risk-free digital asset more widely available, the impact on the transmission of monetary policy, the technology which would be deployed in such a system and the extent to which it could be decentralised, and what type of entities would exist in such a system and how they should be regulated.

Within the central bank community, the Bank of Canada and the Bank of England have begun research into a number of these topics.

Digital currencies and distributed ledgers are an innovation that could have a range of impacts on many areas, especially on payment systems and services. These impacts could include the disruption of existing business models and systems, as well as the emergence of new financial, economic and social interactions and linkages.

Even if the current digital currency schemes do not persist, it is likely that other schemes based on the same underlying procedures and distributed ledger technology will continue to emerge and develop. The asset aspect of digital currencies has some similarities with previous analysis carried out in other contexts (eg there is analytical work from the late 1990s on the development of e-money that could compete with central bank and commercial bank money).

However, unlike traditional e-money, digital currencies are not a liability of an individual or institution, nor are they backed by an authority. Furthermore, they have zero intrinsic value and, as a result, they derive value only from the belief that they might be exchanged for other goods or services, or a certain amount of sovereign currency, at a later point in time. Accordingly, holders of digital currency may face substantially greater costs and losses associated with price and liquidity risk than holders of sovereign currency.

The genuinely innovative element seems to be the distributed ledger, especially in combination with digital currencies that are not tied to money denominated in any sovereign currency. The main innovation lies in the possibility of making peer-to-peer payments in a decentralised network in the absence of trust between the parties or in any other third party. Digital currencies and distributed ledgers 18 CPMI report on digital currencies are closely tied together in most schemes today, but this close integration is not strictly necessary, at least from a theoretical point of view.

This report describes a range of issues that affect digital currencies based on distributed ledgers. Some of these issues may work to limit the growth of these schemes, which could remain a niche product even in the long term. However, the arrangements also offer some interesting features from both demand side and supply side perspectives.

These features may drive the development of the schemes and even lead to widespread acceptance if risks and other barriers are adequately addressed. There are different ways in which these systems might develop: either in isolation, as an alternative to existing payment systems and schemes, or in combination with existing systems or providers. These approaches would have different implications, but both could have significant effects on retail payment services and potentially on FMIs. There could also be potential effects on monetary policy or financial stability.

However, for any of these implications to materialise, a substantial increase in the use of digital currencies and/or distributed ledgers would need to take place. Central banks could consider – as a potential policy response to these developments – investigating the potential uses of distributed ledgers in payment systems or other types of FMIs.

Facebook
Twitter
Pinterest
WhatsApp
Previous articleKynetix launch Commodities Blockchain Consortium
Next articleBank of England Seeks Blockchain Talent
Richard Kasteleinhttps://www.the-blockchain.com
In his 20s, he sailed around the world on small yachts and wrote a series of travel articles called, 'The Hitchhiker's Guide to the Seas' travelling by hitching rides on yachts (1989) in major travel and yachting publications. He currently lives in Groningen, the Netherlands where he has set down his anchor to raise a family and write. Founder and publisher of industry publication Blockchain News (EST 2015) and director of education company Blockchain Partners (Oracle Partner) – Vancouver native Richard Kastelein is an award-winning publisher, innovation executive and entrepreneur. He has written over 2500 articles on Blockchain technology and startups at Blockchain News and has also published in Harvard Business Review, Venturebeat, Wired, The Guardian and a number of other publications. Kastelein has an Honorary Ph.D. and is Chair Professor of Blockchain at China's first blockchain University in Nanchang at the Jiangxi Ahead Institute software and Technology. He has over a half a decade experience judging and rewarding some 1000+ innovation projects as an EU expert for the European Commission's SME Instrument programme as a startup assessor and as a startup judge for the UK government's Innovate UK division. Kastelein has spoken (keynotes & panels) on Blockchain technology at over 50 events in 30+ cities.