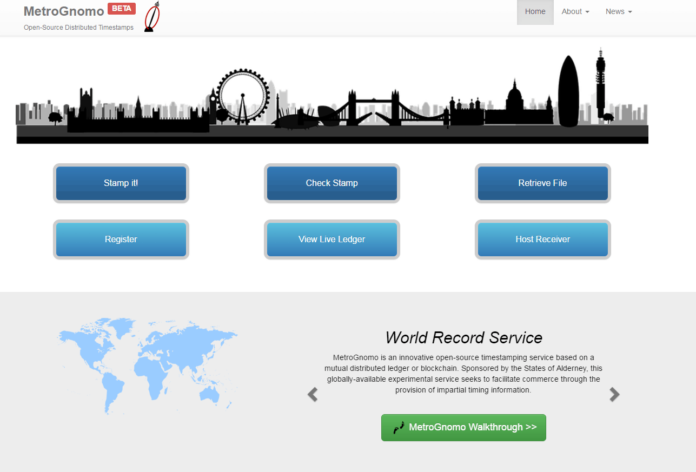 The Computerised Life Events Assessment Record (CLEAR) project announced that it has begun recording information relevant to clinical trials on the MetroGnomo mutual distributed ledger (aka Blockchain). The CLEAR project – led by Professor Antonia Bifulco – is developing an interactive online method for measuring stress based on life changes, events and ongoing difficulties. The distributed ledger is a development of Z/Yen’s metrognomo.com open-source timestamp service.

MetroGnomo provides an unchangeable authoritative record of trials data. Proof that a given piece of information exists is logged by a network of receivers to guarantee persistence and incorruptibility without revealing the information itself. Channel Island government, the States of Alderney, have agreed to operate a receiver until 2021 and to oversee MetroGnomo’s integrity.

Bob McDowall, Chairman of the Policy Finance Committee of the States of Alderney, noted:

“Logging and recoding clinical trials as a publicly available record is a very tangible evidence of the dynamic but simple uses of distributed ledgers.”

The use of a distributed ledger allows scientific studies to benefit from more transparent data collection. Advanced applications utilize public-private key cryptography to grant access to the underlying data. Smart contracts can facilitate time or use limited access and revocability.

“Whilst distributed ledgers facilitate robust records worthy of trust, they also provide a straightforward channel to distribute operational data. This removes the need to grant external staff or auditors with access to sensitive onsite systems.”

“Z/Yen is actively working with a number of other parties within the clinical trials and medical records space. Future developments include health information, such as patient prescriptions, scans and medical passports.”

MetroGnomo is handling over 20,000 clinical interactions each working day.