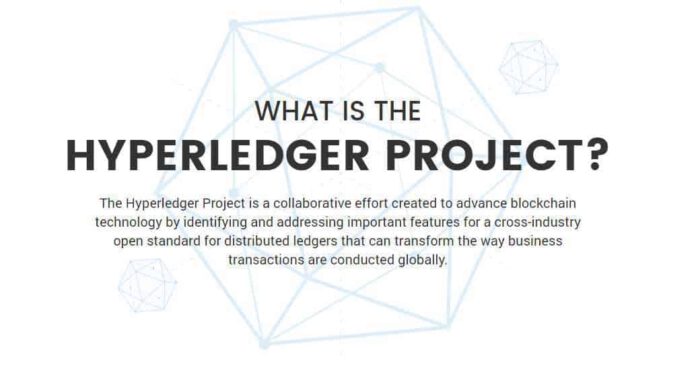 Brian Behlendorf is joining the organization as executive director of the Hyperledger Project steered by The Linux Foundation, a nonprofit advancing professional open source management for mass collaboration.

The Hyperledger Project is a collaborative effort to establish, build and sustain an open, distributed ledger platform for the enterprise.

Behlendorf was a primary developer of the Apache Web server, the most popular web server software on the Internet, and a founding member of the Apache Software Foundation. He has also served on the board of the Mozilla Foundation since 2003 and the Electronic Frontier Foundation since 2013. He was the founding CTO of CollabNet and CTO of the World Economic Forum. Most recently, Behlendorf was a managing director at Mithril Capital Management LLC, a global technology investment firm.

“Brian’s contributions to open source software changed the web. Now he will do the same thing for this decade’s most promising technology – the Blockchain,” said Jim Zemlin, executive director at The Linux Foundation. “Brian’s open source roots and proven technology acumen will enable the Hyperledger project to grow a community that transcends any individual industry and becomes the world’s standard for shared ledgers.”

Behlendorf is the latest in a number of open source visionaries who have joined The Linux Foundation over the last year: Sam Ramji, formerly of Microsoft’s open source office, is CEO of Cloud Foundry Foundation; Chris Aniszczyk, formerly of Twitter, is today managing the Open Container Initiative and Cloud Native Computing Foundation; and Nicko van Sommeren, formerly of Good Technology, heads up the Core Infrastructure Initiative. Linux creator Linus Torvalds and Linux maintainer Greg Kroah-Hartman are fellows at The Linux Foundation.

The Hyperledger Project was founded in December of 2015 and aims to create common distributed ledger technology that is shared, transparent and decentralized, making it ideal for application in finance and countless other areas such as manufacturing, banking, insurance and the Internet of Things. By creating a cross-industry open standard for distributed ledgers, any digital exchange with value can securely and cost-effectively be tracked and traded.

“Distributed ledgers are essential to the next generation of the Internet technology stack.  The Hyperledger Project is all about bringing together developers to build common distributed ledger technology, a rising tide that will lift all boats,” said Brian Behlendorf, executive director for Hyperledger Project.  “Open Source projects are great for this kind of work, but it takes a real community to fulfill that promise, and it will require collaborating with our friends in the Blockchain technology community.  We’re ready to do all that right now.”

“Brian is a veteran of free and open software projects and someone I trust more than nearly anyone I know to understand and embody the values of the free and open source community,” said Joi Ito, director at MIT Media Lab. “I’ve known Brian for over 20 years and he has never betrayed the trust of the communities he serves. I am so happy and excited for both Brian and Hyperledger – a big win for both of them – and look forward to working with them both.”

Facebook
Twitter
Pinterest
WhatsApp
Previous articleBlem Reinsurance System Solutions Implements Z/Yen’s Distributed Ledger
Next articleBunkerchain Labs Puts Gaming On The Blockchain
Richard Kasteleinhttps://www.the-blockchain.com
In his 20s, he sailed around the world on small yachts and wrote a series of travel articles called, 'The Hitchhiker's Guide to the Seas' travelling by hitching rides on yachts (1989) in major travel and yachting publications. He currently lives in Groningen, the Netherlands where he has set down his anchor to raise a family and write. Founder and publisher of industry publication Blockchain News (EST 2015) and director of education company Blockchain Partners (Oracle Partner) – Vancouver native Richard Kastelein is an award-winning publisher, innovation executive and entrepreneur. He has written over 2500 articles on Blockchain technology and startups at Blockchain News and has also published in Harvard Business Review, Venturebeat, Wired, The Guardian and a number of other publications. Kastelein has an Honorary Ph.D. and is Chair Professor of Blockchain at China's first blockchain University in Nanchang at the Jiangxi Ahead Institute software and Technology. He has over a half a decade experience judging and rewarding some 1000+ innovation projects as an EU expert for the European Commission's SME Instrument programme as a startup assessor and as a startup judge for the UK government's Innovate UK division. Kastelein has spoken (keynotes & panels) on Blockchain technology at over 50 events in 30+ cities.