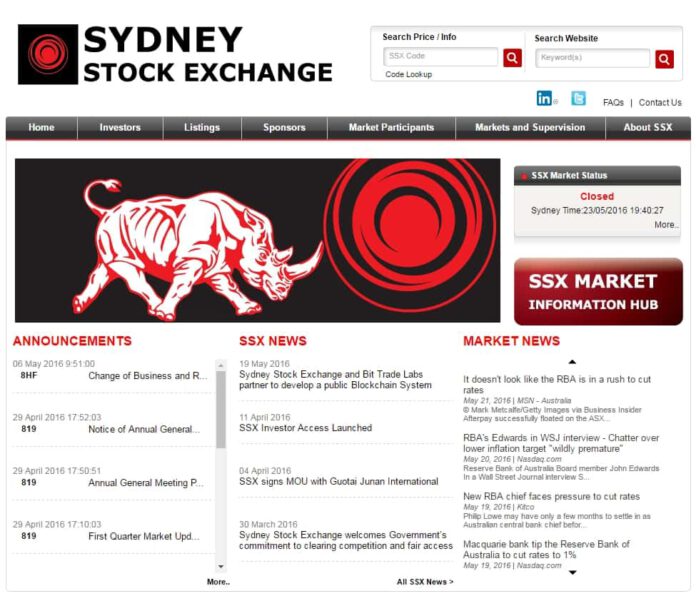 Australian newspaper the Sydney Morning Herald, has reported that the Sydney Stock Exchange (SSX) is developing a private equity market solution using Blockchain technology that will initially look to facilitate the trade of private stocks, but will eventually open the system up to publicly traded stocks.

built with the help of consultants Bit Trade Labs, they hope to complete the system in early 2018 and SSX hopes to sell versions of its system to small commodities exchanges, many of which have settlement times of up to a month. SSX settlements will be virtually instantaneous.

“We will start with a private secondary equity market for venture capital and crowdfunded startups to register on our exchange,” said SSX’s chief consultant on the project, Loretta Joseph.

She said SSX had been working on the project for a year but claimed the government’s move to open competition in clearing and settlement encouraged them to do it.

“We will then move to a public secondary market. VC and crowdfunding are private little markets. It will give them another market that they can come to.”