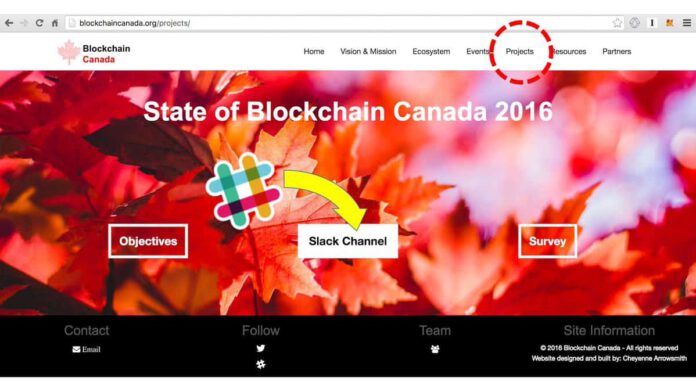 The payment was completed with help from the technologies behind the SAP HANA Cloud Platform and Blockchain FinTech company Ripple. In a statement, ATB Financial Chief Strategy and Operations Officer Curtis Stange said that the feat was significant for real-world adoption of Blockchain.

“Although we are very much still in the early stages of blockchain adoption, it was highly encouraging to see in a true demonstration the potential it has in transforming cross-border payments, making them almost instantaneous and reducing potential errors,” said Curtis Stange, chief strategy and operations officer, ATB Financial.

“Using SAP HANA Cloud Platform, we’re able to experiment and be nimble with emerging innovations like blockchain. The next stage for us, working with SAP and Ripple, will be to understand how the front-end experience should work for the benefit of our customers,” he added.

Reports this month suggest the Canadian market will work on strengthening its global position of implementing potential use cases for Blockchain technology.

The collaboration is making some bold claims.

The union allows both companies to utilize each other’s strengths in order to develop the next generation of financial transactions by utilizing the emerging technology, the Blockchain. Blockchain technology has the potential to replace the over 30 trillion financial transactions per year currently processed by the Automated Clearing House (ACH) and the Society for Worldwide Interbank Financial Telecommunication (SWIFT).

“Blockchain is going to completely streamline that entire process,” he told PYMNTS. “It’ll be more of an instant payment. Right now, they’re taking three to five days in clearing,” he said of ACH payments.

NetCents isn’t the only company anticipating disruption to ACH payments by Blockchain technology.

The Deloitte Centre for Financial Services released a report in March that pinpointed ACH payments as a target for Blockchain disruption, and that Blockchain-based payments platforms could reach the scale and volume that ACH currently holds (at 23 billion transactions a year) by 2025.

“We believe that corporate payments may have a head start in adopting Blockchain technology, given the limited set of entities involved and the strong payment-transaction relationships corporates already have with banks,” Deloitte explained in its report.

Moore echoed this sentiment in an article at Blockchain News, explaining that B2B payments (along with consumer remittances) are definitely an area that could be most affected by the integration of Blockchain tools because of their potential to disrupt ACH and SWIFT so broadly.

But there is another side to the real-world application of Blockchain technology that Moore said could be just as big: the transmission of payments data via distributed ledger.

He pointed to Uber as an example, as consumers across the globe place their credit card information onto the app, but Uber then needs to disburse funds to all of its drivers. That, he said, is a process particularly applicable to the possibilities of the Blockchain.

“Anything to do with any sort of financial information is definitely going to be disrupted,” the executive added, whether it be B2B, B2C or C2C.

It’s the same sentiment expressed by SAP Senior Principal of Financial Services Kris Hansen when he spoke with PYMNTS about the motivation behind working with ATB Financial to conduct that 20-second cross-border payment.

“There are things we can do with Blockchain today — to implement solutions today,” he said. “It’s quite possible for us to take that technology and look at what we can do and implement that almost immediately.”

And, like Moore, Hansen highlighted the ability for distributed ledger technology to move more than money — settlement and reconciliation were also completed in 20 seconds during that transaction, he pointed out.

“This is what’s kind of new to the world, that the additional information you include about the payment is almost unbounded,” Hansen stated.

So, while the industry is hypothesizing about the speed at which money is moved, some of the players that are making Blockchain-based solutions a reality are shifting focus to the movement of information, too. That could pose a problem for ACH and SWIFT, both of which are the focus of faster payments initiatives.

Moore said he believes those efforts are all a response to the threat of Blockchain, as is the banks’ participation in the initiatives.

“Absolutely, banks are doing what they need to do to keep up,” he said. “I don’t know if it’s feasible for the marketplace, but that’s what’s happening.”

Facebook
Twitter
Pinterest
WhatsApp
Previous articleMJMI To Offer Blockchain-Based Securities Offering System
Next articleBANK of America Merrill Lynch, HSBC and the IDA Announce Blockchain Prototype for Global Trade and Supply Chain Management
Richard Kasteleinhttps://www.the-blockchain.com
In his 20s, he sailed around the world on small yachts and wrote a series of travel articles called, 'The Hitchhiker's Guide to the Seas' travelling by hitching rides on yachts (1989) in major travel and yachting publications. He currently lives in Groningen, the Netherlands where he has set down his anchor to raise a family and write. Founder and publisher of industry publication Blockchain News (EST 2015) and director of education company Blockchain Partners (Oracle Partner) – Vancouver native Richard Kastelein is an award-winning publisher, innovation executive and entrepreneur. He has written over 2500 articles on Blockchain technology and startups at Blockchain News and has also published in Harvard Business Review, Venturebeat, Wired, The Guardian and a number of other publications. Kastelein has an Honorary Ph.D. and is Chair Professor of Blockchain at China's first blockchain University in Nanchang at the Jiangxi Ahead Institute software and Technology. He has over a half a decade experience judging and rewarding some 1000+ innovation projects as an EU expert for the European Commission's SME Instrument programme as a startup assessor and as a startup judge for the UK government's Innovate UK division. Kastelein has spoken (keynotes & panels) on Blockchain technology at over 50 events in 30+ cities.