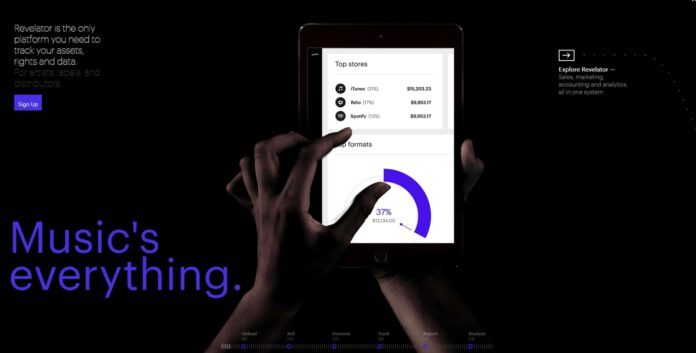 Israeli Blockchain startup Revelator has just raised $2.5M to build a Blockchain for the music industry to track digital assets and collect royalties in a faster way.

According to reports by Mashable and Techcrunch customers simply upload their music to the system, then Revelator allows them to make their songs available on digital stores and via services like Spotify and Apple Music.

“The Blockchain technology does provide a truly disruptive technology for the music industry. It’s not the only thing that matters and it won’t solve all the problems in the industry, but I do believe our current offering introduces new features for music.”

“By experimenting now with a small proof-of-concept music library, we’re going to be able to open new windows of opportunity for public radio in the future, through experimentation on Blockchain,” Meg Siegal, who heads the innovation group Public Radio BizLab through WBUR, told Mashable.

The startup has also cut a deal with Wix as a technology provider which will allow Wix Music customers to not just build a website but also promote and sell their music.

“There were no modern platforms for the B2B segment of the market,” Guez told Anthony Ha  from Techcrunch. “It was really very antiquated, with record labels and distributors … not integrating with cloud services to manage their assets.”

According to a report in Blockchain News last year Guez said:

We are continuing that fight. Our mission is to bring transparency to the industry, so that all players—from artists to managers to labels—have easy, quick and shareable access to data. The way we see it, the only way to fix the transparency problem is to give labels and artists a tool that assembles data automatically and makes it easy to view, understand, and share that data.

So that’s what we did. Our platform allows artists to see their shares on-demand with one click. They no longer have to send a request to a manager, accountant, or record label and wait for a response. This increased visibility boosts trust between all those involved, and decreases friction between parties.

In addition to seeing a unified view, the dashboard also provides real insights into the sales reports. Each report can be drilled down, so artists can see clearly which stores—virtual or physical—brought in the most sales, which ad campaigns were successful, and which songs fared better on which platform.

Our platform levels the playing field by providing full transparency throughout the entire process of production, marketing and sales. It paves the way for collaboration and trust, as well as informed decision-making on the part of all those involved. Perhaps most importantly, it puts artists at ease, giving them the resources and peace of mind to keep making more great music.