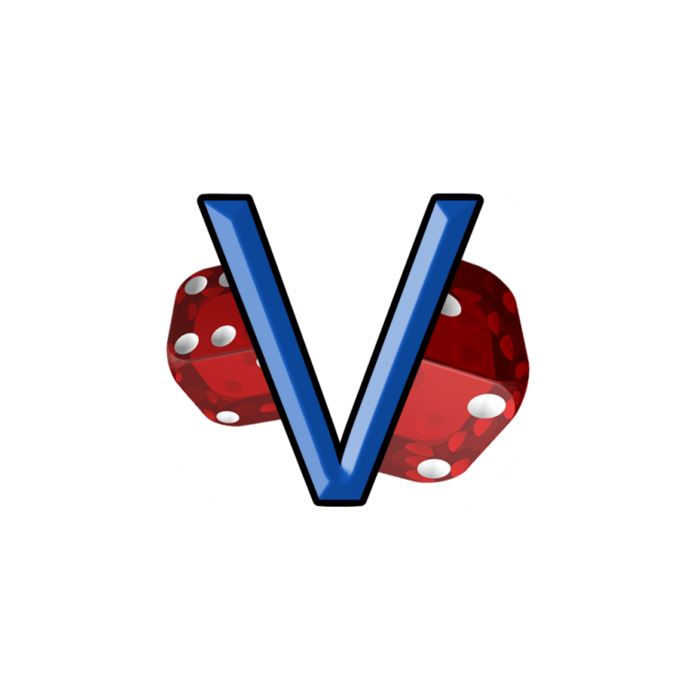 Below we have an interview with Jason Colby, one of the founding team members of vDice.io who lent some of his personal and his business’ perspectives on their upcoming ICO. He discusses why a decentralized smart-contract gambling business would want to raise funds through these means and also about the current state of where Blockchain and specifically Ethereum bases businesses are heading in the near and short term.

As the wave of relatively ample funding for technology startups has begun to decline, it seems the wild west of ICO’s, or Initial Coin Offerings within the cryptocurrency and Blockchain space is only beginning to take off. It’s almost entirely unregulated and generally open to interpretation on procedures on both the company and investor side. The only thing keeping these ICO’s in check nowadays is the hawk-eye’d community of Blockchain and cryptocurrency enthusiasts which don’t want to live through another damaging experience like the DAO from earlier this year.

Ethereum has become the leading platform for businesses to establish themselves as tokenized entities and raise funds through coin issuances. In 2016 alone there have been some massive successes and some horrendous failures in the ICO space. The growth of the community of interested participants has raised new questions about how much caution is advised in these funding events. It’s become a hotly contested topic on both sides.

Some people are of the mindset that this form of fundraising, or crowdfunding, is too much like the wild-west and that average investors and enthusiasts won’t do their due diligence before jumping to invest in a well-marketed idea. Others believe that the free market should dictate what businesses are able to do with this model of raising funds given these relatively new technological capabilities.

Within Reddit and other forums, there’s been a great deal of questions asked about vDice and other company’s ICO details and why they even need them. Often these conversations lead down a rabbit hole of accusation, rather than discussion. In the interest of fairness, let’s go into some details from Jason Kirby’s direct words about vDice’s directions and intentions.

Tell us a bit about your team. Initially vDice.io maintained quite a bit of anonymity on the web, but with talks of an I.C.O. what are the aspects of your team’s strengths that should encourage people to participate?

The core team is public and out at  our crowdsale website –  I oversee the Smart Contract side of things. Then we have Hayden overseeing the design elements. Barney keeps promotion and social media presence organized. And David brings experience in the gaming industry and business generally. Go to our crowdsale site for linkedin and contact.

Each heads their own distributed team. As is the nature with these sort of projects, we have contributors, collaborators and sub-contractors working remotely. They work for their own enterprises, or as freelance. For any given area they report to the specific head at vDice.

This structure helps us maintain control and get things done efficiently and effectively. A lot of distributed teams can be unproductive. By structuring our team this way we can make use of the best resources and people, wherever they may be. And also ensure efficient results.

Where others talk of launching a Dapp, our team has already done that. vDice is live and processing bets for a while now. It is one of the most popular Ethereum Smart Contracts, in production use.

What current proof of concepts has vDice.io completed? What projects are in the pipeline?

Our development roadmap is here, in written form. It is also here, in visual form.

We are currently in Phase 1 of development; “Origin Phase”. Here we are developing out the core vDice game with a focus on stability, security and Tx speed.

The core vDice game is a classic SatoshiDICE (SD) influenced betting game, implemented as an Ethereum Smart Contract. So, unlike SD, it is fully decentralized with no server architecture at all. This is the next level of decentralization in online betting. This game is live, popular and already processing bets. It is out of proof-of-concept stage. The concept is already proven. By Phase 3 of the development roadmap we hit the “Pioneer” stage.

This is where we develop out the vDice brand and site as a platform for developers. At vDice 3rd party developers can write and show off their own betting smart contracts. We expect a lot of developers writing betting smart contracts for Ethereum. The incentives are too well aligned. But they won’t have the time and resources to do the other stuff; build a brand and make them popular. So they will use the vDice brand. It will help them a lot.

We’re also writing more Ethereum betting Dapps for the vDice platform. Already we are working on a Binary Options game. It’s like a simplified version of Augur. It’s essentially done already. You can view the code here.

There are more games coming.

What inspired you to do an ICO? Currently you operate one website which has some degree of usage among the community. In theory, if you invested in driving traffic to the website, wouldn’t you be cash-flow positive in a relatively short period of time?

We will be investing in promotion and driving traffic, among other things, after the ICO. Actually, this question comes up a lot, surprisingly.

People always comment that the Dapp works so well. They recognize it’s live already, processing bets. They congratulate us on that. People recognize what a great job we’ve done. But they can’t understand the ICO if the Dapp is already working and profitable. By that logic, the only Dapps that should ICO are the ones that have nothing. To us that’s crazy. Shouldn’t you at least build something, before people believe in you. We think so.

Apparently if you have a “whitepaper” and no product it’s OK to ICO. But if you’ve built something, people don’t understand.

Whitepapers are fine. But vDice actually works. We have a whitepaper, of course. But people are so used to dealing with ICOs for things that don’t exist. They can’t understand a team that actually builds a product first. To us these people are crazy. They use words like “whitepaper”, but they don’t know what it means really.

What is the cap for your ICO and how did you come to chose that number? What do you think of unlimited ICO’s? How much money is too much money to be raised in an ICO?

Caps are important. At vDice we are very security conscious. Security is essential and we take it seriously. Complexity is the enemy of security. That’s why we have the best developers focused on launching simple code. A cap is also important for security, amongst other things. We spoke to our partners and colleagues in the space and came up with 700k eth.

This is based on what the current market for similar Dapps. Most of these “competitor” Dapps don’t exist yet. Maybe they will. Maybe they won’t. But vDice exists and works. That everyone knows. Everyone can see that. With vDice it’s a working, proven, live product.

The market decides prices and values. It is not up to an individual person to decide. Ultimately something is worth what the market says, in a free market.

This is a really good question. There is a tendency in Ethereum to think of really big, crazy ideas. That’s great, but when you work with Ethereum every day you understand it what it can actually do.

A lot of these ideas just are never going to happen. At least not in the next 5 years and probably not ever for the really crazy stuff. Look at Bitcoin. It is almost 10 years old. Still over 70% of all transactions on Bitcoin are gambling related.  Ethereum is in the very early days. Bitcoin was in the early days too.

In the early days of Bitcoin it was ALL Satoshi Dice. That game did over 90% of all transactions on the network. SatoshiDICE is what really made Bitcoin so strong. It paid almost all the miners fees. It was really important for Bitcoin.

vDice will be really important for Ethereum, in the same way. It’s not complicated. So it works well, at this early stage. vDice shows people how great Ethereum really is. vDice uses an oracle, it processes live bets on the Blockchain. These are all important. It’s great to have crazy ideas, but unless people are building the simple, profitable stuff, the crazy stuff is just never going to happen.

If you successfully crowd sell with your ICO, where will your company be based?

It’s important here to distinguish between the software side and the gambling side. The main vDice game, the SatoshiDICE influenced Smart Contract, is fully decentralized. It’s a world first. It’s a new paradigm.

There is NO server architecture. Everything lives on the Ethereum network. This has never been possible before. The code, the logic, it’s all on the p2p network. There is no server anywhere for vDice and the games still work. There is a server for the site. But the site has no database or logic on it. It’s some designs that have some smart contract addresses written on it.

As the games are on the network, we don’t control them. They are bits of software loaded onto the network. Because of PoW we can’t take them off. No one can. Even when Smart Contracts are upgraded, the old ones are still there. We just show new ones on our site. But technically people could still use the old ones.

So most of the work is software development. So there is a separate entity for that. The best jurisdictions for open source software development are all under consideration. For the “gambling” side, it depends how much control we exercise as other developers build the games. Malta is the most likely jurisdiction at the moment. for its competitive benefits, including competitive licensing fees.

To what level of scrutiny do you feel ICO’s should be held to?

The market for ICO’s is really developing well. The community is creating its own mechanisms and it’s great to see this happening all organically. There is a lot of scrutiny and that’s important. So many people get really skeptical about projects. But after the ICO the project always gets delivered. The people doing the project benefit, the ecosystem benefits. Everyone benefits.

For vDice it’s a bit better. People understand we are live and our product works. They really respect that. With so many ICOs just based on a whitepaper, we really stand out. People tell us that all the time. The feedback from the community is great. And the community standard is the one really that matters.

What are red flags you’d recommend people look out for when considering ICO’s they’d like to participate in?

At vDice we have team members that are public. Some of our team were even on the original Ethereum team. That’s always a great sign. Not everyone can have that.

Have you talked with any exchanges about their interested in enabling trading of your vSlice tokens?

Yes, we are in active negotiation with 3 exchanges. 1 exchange is already confirmed. We are hoping to make that announcement in the next week or so.