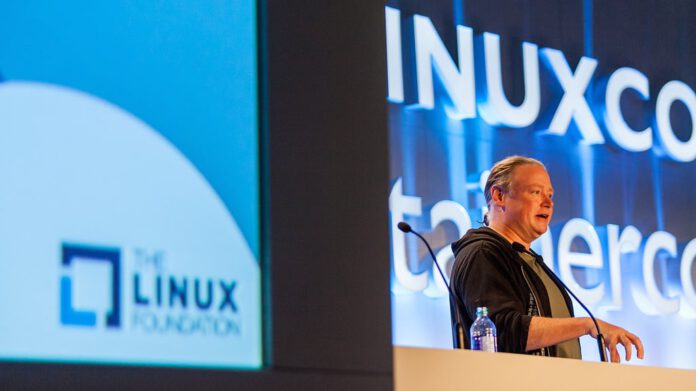 Twenty years ago, Brian Behlendorf helped kick-start the Web and now he’s rebooting the Web with Blockchain according to a lengthy article in the influential MIT magazine Technology Review.

Behlendorf was a primary developer of the Apache Web server, the most popular web server software on the Internet, and a founding member of the Apache Group, which later became the Apache Software Foundation.

In 2016 he was appointed as the Executive Director of the open source Hyperledger project at the Linux Foundation to advance Blockchain technology.

“I’ve been as frustrated as anybody in technology about how broken the world seems,” he says. “Corruption or bureaucracy or inefficiency are in some ways technology problems. Couldn’t this just be fixed?” he asks.

Behlendorf said Hyperledger exists to accelerate development of the software needed to get Blockchains working, and has almost 100 corporate backers including IBM, J.P. Morgan, and Airbus. Behlendorf added that Blockchains will have additional benefits beyond large corporate commerce and he’s had frustrating experiences trying to improve government and public infrastructure using technology, and Blockchains would have helped.

“If we do our job right you won’t ever hear about us,” he says. “We become plumbing.”

One reason Behlendorf joined Hyperledger, he told MIT Technology Review, is that the current moment reminds him of 1995, when Apache was in the works and he had just helped launch the world’s first ad-supported website for Wired.

Omnitude set to transform enterprise business with the move of its...