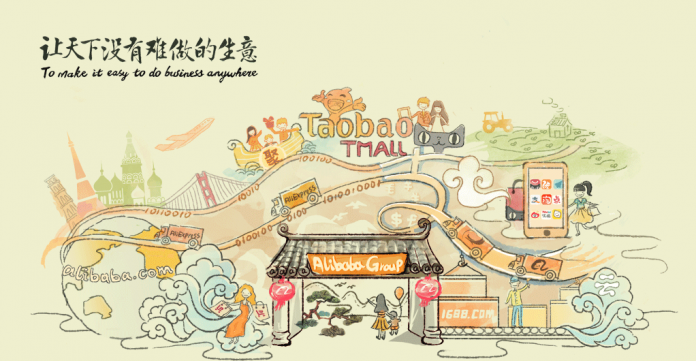 Alibaba’s payment arm Ant Financial wants to have 2 billion customers in 10 years according to the chief executive of the $60 billion firm. Ant Financial runs the Alipay mobile wallet in China which has over 450 million users.

In an interview with CNBC, Eric Jing, the CEO of Ant Financial, added that the Chinese giant is exploring further uses of Blockchain technology to make that possible.

“We have an ambition to be a global company,” Jing told CNBC at the World Economic Forum in Davos.

“So my vision (is) that we want to serve 2 billion people in the next 10 years by using technology, by working together with partners … to serve those underserved.”

Jing noted the potential of artificial intelligence and Blockchain.

When asked by CNBC if Ant Financial is looking into blockchain technologies to underpin Alipay, Jing said “definitely”.

“All these technologies will be used … to bring more, a high level of security,” Jing explained, adding that artificial intelligence and blockchain will be “deeply” integrated into Ant Financial’s operations.

Ant Financial has already introduced Blockchain technology into a charitable donation service that it owns, with the aim of allowing users to track the money they send in a more charitable way.

To push growth the company raised a whopping $4.5 billion in a series B funding round last year which will help drive deals such as its acquisition of a 40% stake in India’s Paytm.

Facebook
Twitter
Pinterest
WhatsApp
Previous articleChronoBank Plans to Use Multiple Blockchains
Next articleBerlin’s Neufund Blockchain Fundraising Platform Raises $2 Million
Richard Kasteleinhttps://www.the-blockchain.com
In his 20s, he sailed around the world on small yachts and wrote a series of travel articles called, 'The Hitchhiker's Guide to the Seas' travelling by hitching rides on yachts (1989) in major travel and yachting publications. He currently lives in Groningen, the Netherlands where he has set down his anchor to raise a family and write. Founder and publisher of industry publication Blockchain News (EST 2015) and director of education company Blockchain Partners (Oracle Partner) – Vancouver native Richard Kastelein is an award-winning publisher, innovation executive and entrepreneur. He has written over 2500 articles on Blockchain technology and startups at Blockchain News and has also published in Harvard Business Review, Venturebeat, Wired, The Guardian and a number of other publications. Kastelein has an Honorary Ph.D. and is Chair Professor of Blockchain at China's first blockchain University in Nanchang at the Jiangxi Ahead Institute software and Technology. He has over a half a decade experience judging and rewarding some 1000+ innovation projects as an EU expert for the European Commission's SME Instrument programme as a startup assessor and as a startup judge for the UK government's Innovate UK division. Kastelein has spoken (keynotes & panels) on Blockchain technology at over 50 events in 30+ cities.