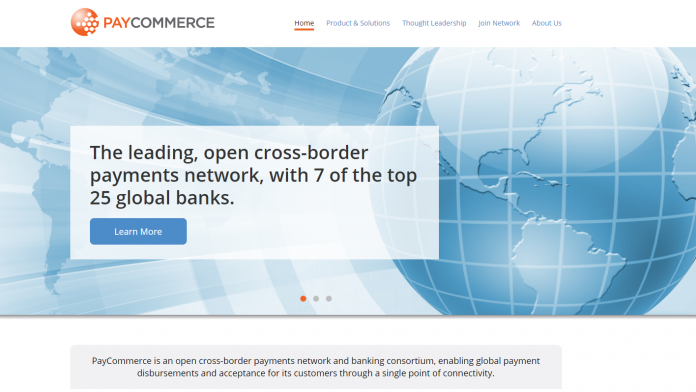 PayCommerce, the leading enterprise cross-border payments network and banking consortium for payments disbursement and acceptance; today announced the completion of its real-time, cross-border payment, clearing and settlement testing. It is the first phase of its multi-country global roll out strategy.

“The facilitation of instant payments into India heralds a new era in the democratization of cross-border payments. For the first time, payees will receive remittances in real-time, eliminating costly clearing and settlement procedures and reducing risk in payment acceptance,” says Max Narro, CEO of PayCommerce.  “We’re excited for the roll-out of real-time payments cross-border account-to-account in other markets in 2017 as we lead the world forward in instant payments space.”

Phase 1 was successfully conducted last week with multiple test payments between the U.S. and India. Production and commercialization of this ground-breaking offering to PayCommerce Network members is targeted by end of Q2. The instant payments were delivered utilizing PayCommerce’s Federated Ledger, a Blockchain-based technology foundation, integrated into the PayCommerce Network Platform.

PayCommerce continues to focus on the rapid expansion of the PayCommerce Network, which includes 95+ banks in 75 countries. This strategic growth increases the company’s global market share by region and accelerates the expansion of its proven, correspondent-banking consortium and network. With the network expansion, PayCommerce is targeting introducing instant payments in Mexico, GCC region and the UK in 2017; followed by Singapore, Canada and Philippines in 2018.

The first time real-time, cross border payments between counterparties introduces a new era in B2B payments, as PayCommerce declares 2017: The Year of Instant Payments. With the industry focused on removing friction, costs and risks from the outdated methods of payment disbursement and acceptance, PayCommerce urges the industry to open-up payment networks globally.

PayCommerce enterprise customers include seven of the top global banks, 11 of the top 50 U.S. banks, 14 Global Fortune 500® firms and eight U.S. Fortune 500® companies. Additionally, the PayCommerce platform has processed over US$400 billion, consisting of ~200 million transactions in the last 12 months.

“PayCommerce has created a new category in the cross-border payments space with its consortium model of banks and corporates, focusing on the banking industry (vs. just banks) and its distributed ledger-inspired technology delivering instant payments. It is a unique model in the industry.”

The PayCommerce Network leverages its proprietary Federated Ledger to enable real-time, instant payments, clearing and settlement integration for its banking consortium. The Federated Ledger is a hybrid, integrating both distributed and centralized ledgers which enable faster payments across networks via its messaging platform. By leveraging the foundation of Blockchain, PayCommerce ensures it is secure, transparent and accommodates business rules in a heterogeneous network environment.

The company’s global customer base benefits from significantly lower transaction costs, access to instant real-time payments, acceptance and FX rates and increased efficiency and transparency, as well as management of risk and regional compliance, all on a single platform.

PayCommerce is a leading open cross-border payments network that enables both disbursements and acceptance transactions through a single point of connectivity for its members. The PayCommerce Network consists of a banking consortium of 95+ banks in 75 countries. Network members include: banks, financial institutions, global corporates and alternate channel providers. It is an open network where eligible institutions can join. PayCommerce also has a Premier SWIFT Service Bureau; only one of twelve worldwide. As an industry advocate for the democratization of payments, PayCommerce is a member of the Federal Reserve’s Faster Payments Task Force.

Headquartered in Edison, NJ, the company has offices across 4 continents with associates strategically placed around the globe to support customers. Its vision is to create the largest correspondent bank network that enables faster, secure payments for disbursements and acceptance globally. For more information on the company, please visit www.paycommerce.com.