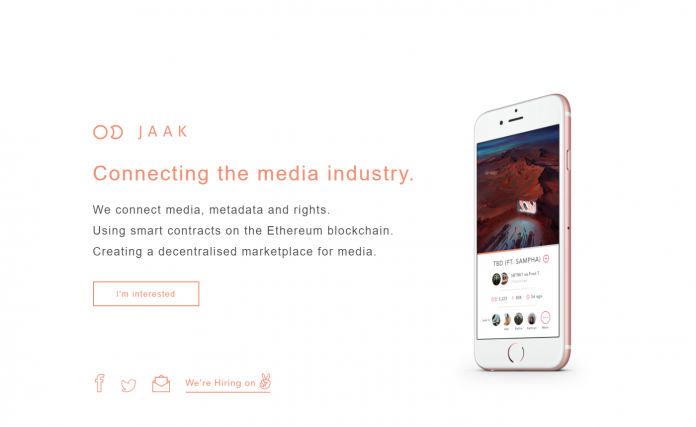 The use of Blockchain technology within the music industry is a hot topic, having snowballed from a vague concept into full legitimacy in recent months. Variations of Blockchain implementations have captured the industry’s attention, however,  met with great scepticism and scrutiny over practicality or necessity.

Enter JAAK, the London-based tech­­ company founded by Vaughn McKenzie, Freddie Tibbles and Viktor Tron, who have cut through much of the hype and misinformation surrounding the music and Blockchain space to identify a real solution to a very real problem.

In collaboration with EY, JAAK worked alongside the UK’s performing rights organisations, PRS For Music and PPL, and Viacom. From this, they observed that the diversity of revenue streams associated with the rapid transition to digital, have increased the number of organisations capturing, managing, exchanging and using digital rights and usage metadata.

Discrepancies found in the completeness, accuracy and management of this information can cause severe difficulty, or in many cases impossibility, when licensing content or remunerating the appropriate parties.

In response to this issue, speaking as sponsors of EDCON (The European Ethereum Development Conference) in Paris, Vaughn McKenzie announced MΞTA, a decentralised open network for organisations to capture, store, verify and communicate commercial metadata, drawing upon both Ethereum and Swarm.

Announcing their official industry partners very soon, JAAK will be accepting major music and media organisations to collaborate in piloting the technology via their Guardian Initiative over the coming months.