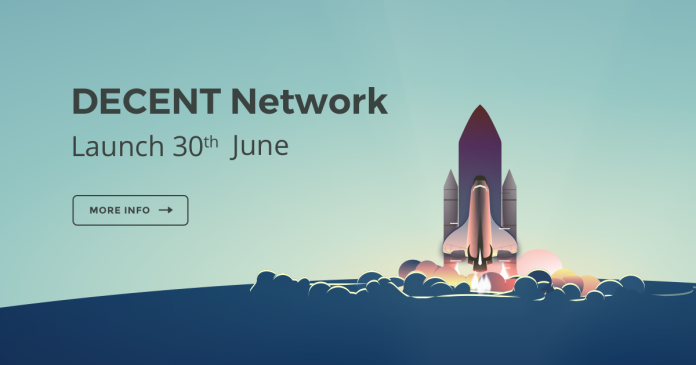 The DECENT Network started its journey with the presentation of the prototype in January 2016 followed by the ICO in September of the same year, raising some 5,881 BTC.

This Mainnet release on June 30, 2017 follows two Testnet releases, which were available to users that subscribed before launch of the Mainnet. Testnet #1 “Caesar” launched in March and Testnet #2 “Alberti” in May 2017.

“We would like to say ‘Thank you’ to everyone who has contributed to make DECENT a reality. The constant support and feedback from our community gave us the chance to meet our milestones and develop technology that has the potential to revolutionize the online content distribution process worldwide.”

You can follw DECENT on their official channels on Slack and Telegram.