A2B Direct to Launch a Blockchain Platform and Hold an ICO 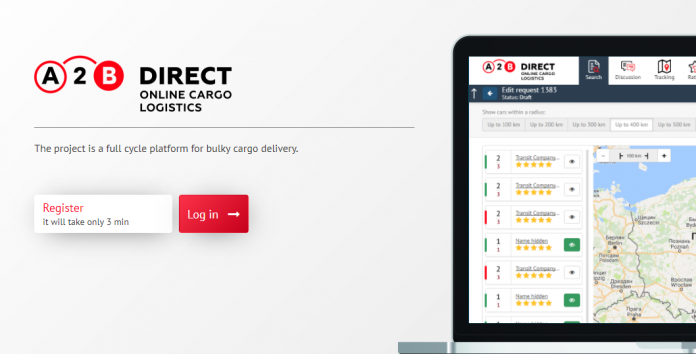 Logistics company A2B Direct currently operating in Eastern Europe intends to hold an Ethereum-backed ICO on July 12th, 2017. The campaign is scheduled to last for a month, and seeks to raise €500,000 to €3,000,000.

The platform was first introduced in late 2016, and became widely known as a “freight Uber.” The service provides direct interaction between freight forwarders and cargo owners, ensuring 24/7 communication with the driver, and taking care of all involved paperwork while getting rid of forwarding expenses.

Unlike most companies that hold coin offerings, A2B Direct does not raise funds for the purpose of developing a solution, but instead offers a platform that is already operational. The ICO seeks to finance transferring the platform onto Blockchain in order to cut expenses for international transportation and make business easier for both carriers and customers while allowing them to work with fiat and cryptocurrencies at the same time.

The A2B tokens sold over the ICO will entitle investors to receive their share of the company’s profits similar to traditional shares, and the raised funds will be used for expansion of the company in Western European and American markets.

Depending on the amount of funds raised over the campaign, the company has rolled out several development strategies.

Thus, in case the ICO raises €500,000, A2B Direct will focus on hiring Ethereum and Blockchain developers. If the company manages to raise €1,000,000, they will also launch a European office and adapt its services to European standards. Should the campaign raise €2,000,000, A2B Direct will open several offices in Europe while adapting its services for the specific needs of a particular country. Finally, if the company raises €3,000,000, they will launch an American office. In case the company fails to raise €500,000, the investors will receive their contributions back.

The company will be accepting investments in Bitcoin, Ether, and Dash, and will require that users register a personal wallet to run all financial operations during the campaign and later receive dividends for the company’s further operation and progress.

Minimum contribution amount is set at 10 USD for which one may buy 100 A2B tokens, with 30,000,000 tokens issued overall. This amount accounts for 30 per cent of the company’s assets. The tokens will be pegged to USD in order to link the growth of its exchange rate to the expansion of the company. The token price will depend on the number of vehicles subscribed to the platform, therefore their price will directly reflect the platform’s activity. Owners of A2B tokens will be entitled to use them as soon as they are received.

Further details as to the project and the ICO model are available soon.

Facebook
Twitter
Pinterest
WhatsApp
Previous articleThe ‘under the radar’ ICO, Populous. A platform tackling the Multi-Trillion Dollar international billings industry.
Next articleWorld’s first decentralized speech recognition platform plan to raising up to $3M in Token Sale
Richard Kasteleinhttps://www.the-blockchain.com
In his 20s, he sailed around the world on small yachts and wrote a series of travel articles called, 'The Hitchhiker's Guide to the Seas' travelling by hitching rides on yachts (1989) in major travel and yachting publications. He currently lives in Groningen, the Netherlands where he has set down his anchor to raise a family and write. Founder and publisher of industry publication Blockchain News (EST 2015) and director of education company Blockchain Partners (Oracle Partner) – Vancouver native Richard Kastelein is an award-winning publisher, innovation executive and entrepreneur. He has written over 2500 articles on Blockchain technology and startups at Blockchain News and has also published in Harvard Business Review, Venturebeat, Wired, The Guardian and a number of other publications. Kastelein has an Honorary Ph.D. and is Chair Professor of Blockchain at China's first blockchain University in Nanchang at the Jiangxi Ahead Institute software and Technology. He has over a half a decade experience judging and rewarding some 1000+ innovation projects as an EU expert for the European Commission's SME Instrument programme as a startup assessor and as a startup judge for the UK government's Innovate UK division. Kastelein has spoken (keynotes & panels) on Blockchain technology at over 50 events in 30+ cities.