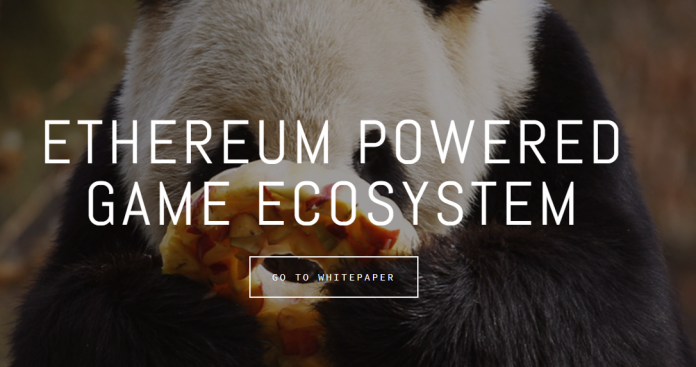 Hungry Panda Games a AAA game developer powered by Ethereum and eSports announced the launch of its ICO, starting July 17th, 2017. The Hungry Panda Games ICO will offer the cryptocurrency community an opportunity to support the launch of a new game platform breaking preconceived notions of what games can be by exploring the creative and market possibilities of the medium.

The cryptocurrency developed will cater to the needs of the hardcore gaming community.  The HPC token can be used to pay for premium in-game content, compete in eSports competitions, share in yearly game revenue payouts, or sell on an exchange.  The 30 Day HPG ICO starting on July 18th, 2017, will go on until August 18th, 2017, during which 40 million Hungry Panda Coin(HPC) tokens will be made available for purchase at a price of 100 HPC/ 1 ETH. Hungry Panda Games intends to raise a total of 400000 ETH during the crowdsale.

Hungry Panda Games ICO differs from others in that they are not focused on the gambling industry.  All proceeds from the release of tokens in the ICO shall be used to finance further development, support, marketing of new game-related projects. While other ICOs are built on theoretical or unproven business models; Hungry Panda Games will integrate the existing game market into the cryptocurrency community.

Hungry Panda Games will utilize a percentage of revenue made by games developed to repurchase the tokens from holders. All profits made on will be audited and made available to token holders as it was done in the past with previous crowdfunded projects.

Ether is the only supported cryptocurrency for the token campaign. Contributions from Ethereum clients such as Metamask, Parity, Mist, or MyEtherWallet are fully supported. Hungry Panda Games will release the destination address for the token sale campaign on its website few hours before the ICO. Upon receiving the ETH contribution, the platform will convert it to HPC tokens and send it back to the participant’s wallet.

Hungry Panda Games encourages crowdsale participants to confirm the address on Ethereum block explorers like Etherscan before sending the tokens. Also, people should make sure that they don’t make ETH contributions from online exchange services like Kraken, Coinbase, Poloniex, etc., as Hungry Panda Games won’t be able to send HPC tokens to those addresses. They are also requested to be wary of third parties who claim to distribute HPC tokens on behalf of Hungry Panda Games as there are no such parties involved in the crowdsale.

Hungry Panda Games is a pioneering startup game developer founded by JC Brackens, who, up until recently, was the Chief Operating Officer of Sparkjumpers game studio.    The teams combined 30+ years of game experience will be put to use building critically acclaimed top grossing game titles supported by Blockchain technology.  Hungry Panda Games goal is to empower cryptocurrencies users within the game and eSports industry through value creation and collective ownership.