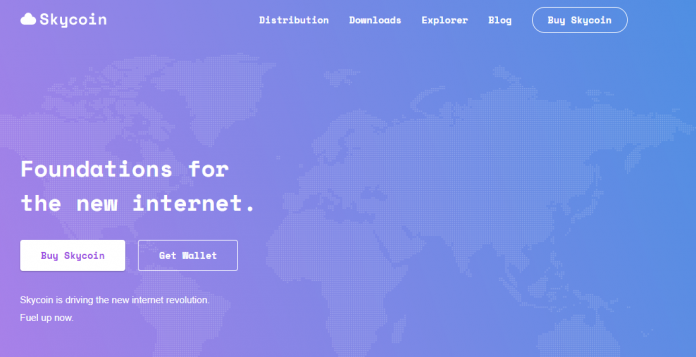 Skycoin, a little known cryptocurrency with a cult following, is launching their first coin distribution event on July 24th, 2017. The project, which aims to build a cryptocurrency as fast and secure as credit cards, has been in development since 2011 and is close to completion.

The project is focused on core features, security, usability and simplifying Bitcoin by using a revolutionary new consensus algorithm, the first since PeerCoin in 2011.

Skycoin is a tightly organised project with several objectives and over 60 contributors.

“This is about solving the problems with Bitcoin and other altcoins,” stated project founder Synth. “Being able to handle over 300 transactions a second, confirmations in seconds instead of minutes (faster than credit cards), eliminating miners, eliminating block rewards (inflation) and eliminating 51 percent attack and the other problems with mining,” he continued.

“We got a lot of advice from people experienced in forensic accounting and what they wanted to see and where they felt Bitcoin was deficient and where it leaked metadata. Then a bunch of PHD level people doing research into distributed database consensus algorithms and another group doing programming language research and we also have people from the Russian darknet community. We have like eight Ivans.”

Besides building a better, more robust, most secure, more usable Bitcoin, the Skycoin serves as platform for long-term goals they believe will become fundamental to the next era of the internet.

“Then there are other repos on github.com/skycoin for mesh networking and distributed VPN prototypes, where people will be paid tokens for forwarding traffic. There is also a distributed social media service, with peer to peer data replication and different experimental projects as well as research into immutable data structures for next generation internet. Some of them are very radical.”

Skycoin development can be followed on GitHub and they will be opening bounties for bug fixes, design and development in the coming weeks. Several of their white papers are also located on their website.

“Many of the contributors are anonymous. Some of them have security clearances and were in the military industrial complex and one of them worked at the San Diego Naval Defence Research Lab and a lot of the idea for the networking protocols came out of public sector academic researched, funded from there. We also have a lot of very very early Bitcoin people, hardcore crypto people that predate Bitcoin and an Ethereum core developer, etc.”