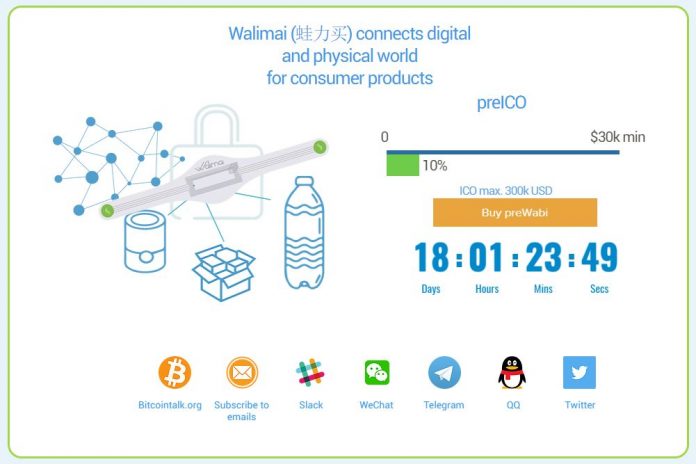 In preparation for the ICO campaign which is to be launched in September 2017,  Wabi  and Walimai are announcing the opening of the pre-sale campaign of the Wa token.

The preICO sale is a great opportunity for the early contributors to take part in a project with rapidly growing sales which aims to solve the problem of baby-food safety in China.

Contributors from each block will receive 3% of the sum equivalent to that of the contributions in the following blocks proportionate to the size of their own contribution. The entirety of preICO proceeds will be used to fund the ICO campaign.

The Wabi project is the commercial deployment of the Walimai anti-counterfeiting label technology. The technology securely connects digital and physical objects and is cost effective enough to be used for consumer goods.

Wabi installs a shelf/ point-of-sale inside the specialized mother & baby stores in China (numbering around 60,000 in the whole of China), which serves as a secure channel for consumers to purchase Walimai label-protected products. The technology has been in commercial operation since December 2016 and has been receiving very positive consumer feedback. At the moment Wabi is in the process of scaling nationwide and the entirety of the ICO proceeds will go to fund this expansion.