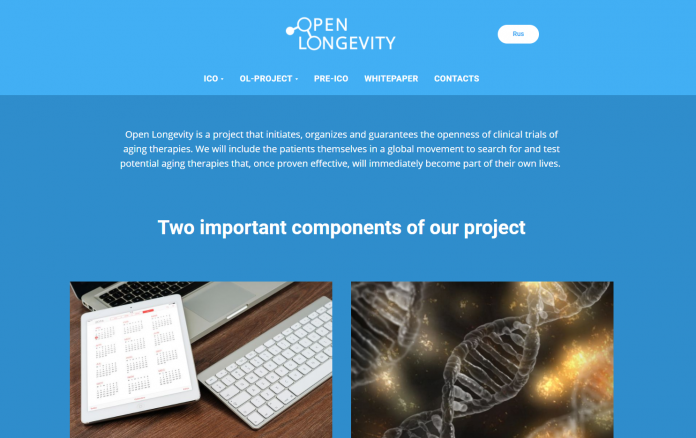 A new project in the field of biotechnology, telemedicine, clinical research and medical services is completing preparations for pre-ICO. Open Longevity is organizing research of anti-aging therapies in humans by providing online advisory services. Their ultimate goal is to find and introduce effective methods of radical life extension into clinical practice. Therefore, the tokens are called YEAR.

The project claims they will combine the capabilities of modern IT-systems, the expertise of leading scientific analysts and the energy of the patients themselves. Another driving force they emphasize is openness and rejection of commercial benefits in those matters where this can affect the objectivity of scientific research.

One of the common concerns, when antiaging drugs are being mentioned, is that, once proven effective, anti-aging medicine will become available only to the elite. The fact that the trials’ results will belong to the patients’ community, might be a possible solution to this potential problem.

Mikhail Batin, the CEO of Open Longevity, states he is sure that effective ways to delay the onset of aging will be found—it is only a matter of time. He and his colleagues just want to accelerate the research.

The project consists of two parts: clinical trials and online service. Part of the funds raised through ICO will be spent on the first three studies: Longevity Diet-1 (a variant of a fasting mimicking diet); Alzheimer’s disease therapy (vitamin B12) and atherosclerosis therapy (sartans + statins). One can even find documents for the first trial in progress, though just in Russian yet. As the trial is planned to be submitted to NIH’s https://clinicaltrials.gov, the documents will be translated into English at some point.

All the subsequent studies will later be also funded: life extension projects are expected to be submitted for voting on a general basis, voting will be conducted among all the YEAR token holders.

All clinical trials will be carried out in strict accordance with existing norms. Thus CROs (contract research organizations), laboratories, and clinical institutions that traditionally carry out similar research, will be involved. But OL team is already talking about making all paperwork more automated.

Another part of the funds will be spent on creating an online platform. By uploading biomedical data, users will be able to monitor their health and aging status in dynamics; receive recommendations from specialists and expert system based on AI; and also become volunteers in trials.

The service will be accessible to everyone. But payment with YEAR tokens is promised to be more favorable than paying with fiat currencies due to 50% discount. This, among other points mentioned in project’s WP, has to maintain a constant token flow within the system and ensure the stability of its exchange rate.

The first three days of pre-ICO is going to be in the format of Private Placement. The registration has started already, but the date of preICO launch itself will be announced in advance in project’s channels in Telegram.