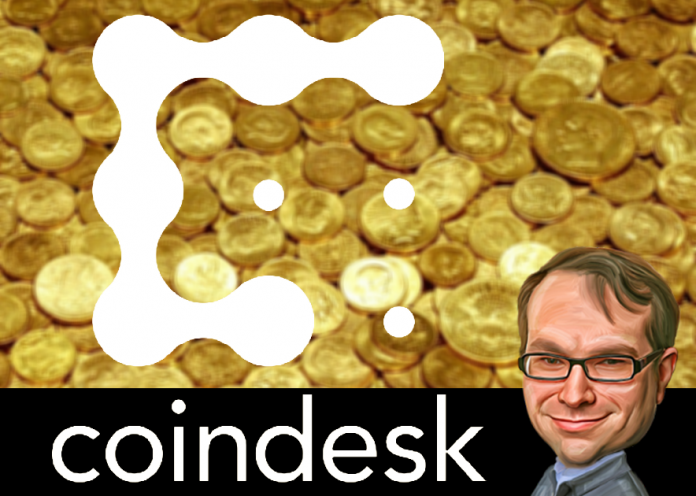 A 17-year veteran of SourceMedia, Hochstein will now serve as CoinDesk’s first Managing Editor, a role in which he’ll be working hands-on with editorial content, while helping to lead the media startup’s next phase of expansion.

At American Banker, Hochstein was responsible for some of the earliest mainstream coverage of bitcoin and the innovations it spawned. His March 2014 feature article, “Why Bitcoin Matters for Bankers,” won a regional award from the American Society of Business Publishers and Editors and was a Neal award finalist.

His hiring comes amid a wave of growth for CoinDesk, founded in 2013, that has seen it become the top websites globally dedicated to chronicling the evolution of digital assets and Blockchain technology.

“I am honored and thrilled to join CoinDesk to build on the brand’s successes and take the platform to the next level,” Hochstein said. “Bitcoin, cryptocurrency and distributed ledger technology represent a fascinating new market with staggering long-term implications for the future of digital commerce, and CoinDesk has set the standard for editorial quality, sophistication and integrity in covering this rapidly evolving space.”

The move follows a string of hires for CoinDesk, who is rapidly investing to cement its status as the Blockchain market’s leader in news, data and information while serving as the “paper of record” for all things bitcoin and distributed ledger tech.

“With Marc’s expansive industry expertise, CoinDesk is poised to enter a new phase of growth, one in which it will truly be able to live up to its distinction as the world’s leading news and analysis website for Blockchain,” editor-in-chief Pete Rizzo said.

For more information on open roles and opportunities at CoinDesk, visit their jobs board.