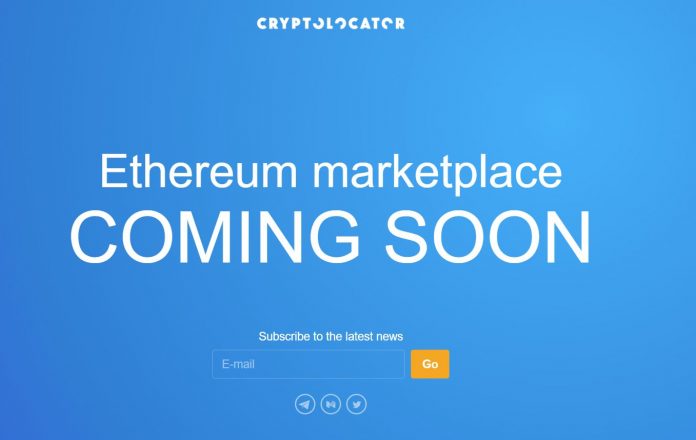 Cryptolocator, a new international marketplace for Ethereum trading will begin operations in the middle of October 2017.

Cryptolocator is a free marketplace emphasizing safety and accessibility of users’ transactions, built by an experienced team with background in fintech, blockchain-driven projects and smart-contract development.

The platform will connect parties willing to facilitate altcoin trading, keeping its primary focus on Ethereum. Apart from the usual functions and trading mechanisms with minimal payment method restrictions, users will get access to new trading pairs and a set of service improvements. The inherent p2p approach provides the means to make deals without intermediaries and delays.

The ultimate goal of the project is to make Ethereum trading safer, more convenient and accessible.

Safety of transactions is a priority

Guarantor-service ensures fair deals — the system holds funds for the duration of operation. Users are provided with round-the-clock-support by a qualified team of finance, law, and technical specialists. User data is protected by top-notch security, while all transactions are secured by two-factor authentication and encrypted HTTPS connection. Protection from DDoS-attacks is maintained by the industry leader with a compelling portfolio. The code is audited by an independent expert group.

The first traders on Cryptolocator will get discounted commission fees for the deals made within the first six months after launch. Active users will be able to participate in a bounty program on bitcointalk.org.

The platform development is split into several stages, including smart-contract integration, implementation of blockchain-based rating system, addition of more popular cryptocurrencies and multi-platform availability. The developers are also going to launch a marketplace with the means to trade goods for cryptocurrencies.