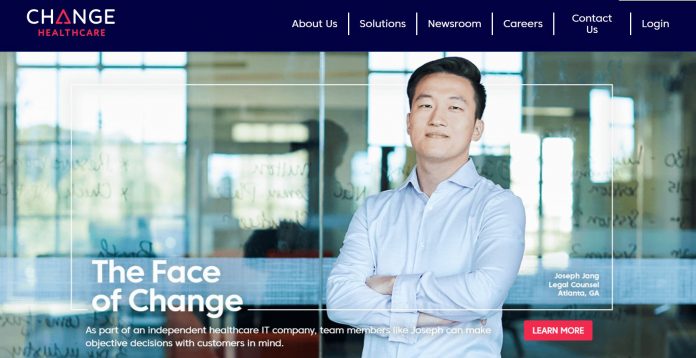 Change Healthcare has announced the launch of the first Blockchain solution for enterprise-scale use in healthcare, enabling payers and providers to boost revenue cycle efficiency, improve real-time analytics, cut costs, and create innovative new services. As one of the largest independent healthcare IT companies in the United States, Change Healthcare services customers across the continuum of care, using its Intelligent Healthcare Network™ to process 12 billion healthcare-related transactions covering over $2.0 trillion in claims annually.

Change Healthcare Chief Executive Officer Neil de Crescenzo made the announcement during his keynote address at the Distributed: Health 2017 conference today in Nashville, Tenn. Mr. de Crescenzo said the company is collaborating with customers and organizations such as The Linux Foundation’s Hyperledger project to make the benefits of Blockchain technology broadly available and develop additional, advanced use cases.

“We are excited to work alongside our customers and partners to make Blockchain real in healthcare,” said Mr. de Crescenzo. “As today’s healthcare system becomes more value-based, it’s essential that we aggressively and pervasively introduce new technologies into healthcare at scale—whether they leverage Blockchain, artificial intelligence, or other emerging capabilities with the potential to improve outcomes and efficiencies. We are initially introducing Blockchain technology to create a distributed ledger that makes claims processing and secure payment transactions work more efficiently and cost effectively for all healthcare stakeholders.”

The Change Healthcare Intelligent Healthcare Network will support Blockchain transactions by the end of this year. Customers and vendor partners will not have to develop new code, interfaces, or data formats.

“Change Healthcare is uniquely positioned to lead Blockchain innovation for healthcare, and we are excited to participate in this transformative undertaking with them,” said Brian Behlendorf, executive director, Hyperledger. “With its security, transparency of transactions, and ability for all stakeholders to access the same information, Blockchain technology has potential to increase payment accuracy and revenue velocity, which will benefit payers, providers, and consumers themselves.”