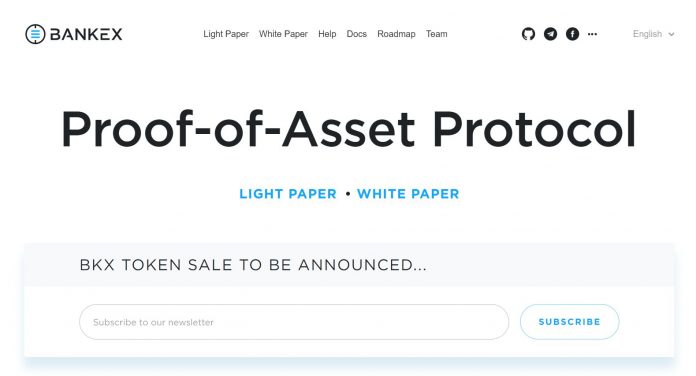 BankEx, the decentralized Bank-as-a-service (BaaS) exchange, today announced that Michael Ostrovsky, Professor of Economics at Stanford Graduate School of Business, and Peter Cramton, Professor of Economics at the University of Maryland, have joined as advisors. Using standardized fintech solutions, BankEx aims to bridge the gap between the emerging blockchain sector and traditional finance.

Deploying smart contracts and powered by tokenization of assets, the BankEx platform enables off-balance sheet crowdfunding and chain finance atop extant infrastructure, creating novel and efficient solutions for banks and other financial institutions.

“The current banking system is outdated and stifled by legacy issues while at the same time the emerging fintech industry lacks scalability. It is our mission to build an advanced and efficient ecosystem where both industries coexist. We believe that attracting high caliber advisors with unrivaled expertise in technology, blockchain, and finance is key to transforming traditional financial systems,” said Khmel.

A Professor of Economics at the Stanford Graduate School of Business, Michael Ostrovsky focuses on industrial organization, finance, and market design. Educated at Stanford and Harvard, Ostrovsky is currently the co-editor of the American Economic Journal: Microeconomics, and serves as a research associate at the National Bureau of Economic Research, where he is also a co-director of the Market Design working group. He has previously worked as a visiting scientist at Google, and has advised a number companies on issues related to auctions and marketplace design.

“I believe BankEx is an incredibly exciting project, attacking big and important problems. BankEx’s goal of connecting the blockchain technology to banking and using smart contracts to build novel solutions can potentially have a large impact on many industries. I look forward to advising BankEx on ways to design and build these innovative solutions.”

A Professor of Economics at the University of Maryland and a member of the International Faculty at the University of Cologne, Peter Cramton has been an expert on auction theory and practice since 1983. A renowned specialist within the exchange and auctions marketplace, Cramton has advised 12 governments and 40 bidders in spectrum auctions and is a co-inventor of the spectrum auction design used in Canada, Australia, and many European countries.

“I am honored to join the BankEx Advisory Board, which includes world-class experts in blockchain, banking, and finance. With past experience in building successful exchanges and auctions, I hope to bring a new depth of knowledge to the project. I am interested and excited to see what the future holds for BankEx and the impact on the financial industry as a whole.” said BankEx advisor Peter Cramton.

BankEx’s partners include Microsoft, Dostavista, a global crowdsourced delivery service that operates in nine countries, Symphony Foundation, a foundation consisting of leading US banks, and the Moscow Exchange, the largest exchange group in Russia.