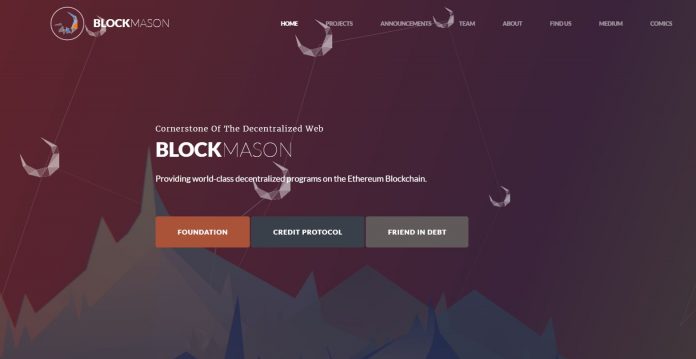 After months of anticipation, BlockMason has finally launched the initial phase of their Credit Protocol token sale, open to those who signed up to purchase tokens through a whitelist. During the first period of the sale, BlockMason has capped the purchase of CPT tokens to ensure that large purchasers, often known as “whales,” are unable to block out smaller buyers for the highly demanded tokens.

“We have been extremely pleased with the performance of token sale during this opening purchase phase,” said BlockMason co-founder Michael Chin. “Our capped whitelist successfully prevented hoarders and resellers from purchasing excessive tokens and squeezing out smaller parties, ensuring that our tokens reach maximal dispersal throughout the Ethereum community.”

Chin also acknowledged that, while the whitelist ensured access to tokens for smaller purchasers, there remains a significant pool of interested customers who did not have a chance to sign up for the whitelist, and therefore have been unable to purchase tokens.

“While the capped whitelist sale will continue for several days as a security measure against hoarding, we believe our bonus structure will provide strong value for those customers who purchase during the open whitelist phase, or after the sale opens to the general public.”

As the BlockMason team looks ahead to the second and third phases of their token sale, they are jumping into the ICO Barcelona 2017 conference, where they will present the philosophy underlying the Credit Protocol, and why they believe providing secure debt and credit recording on the blockchain will enable the next phase of the digital economy.

The uncapped whitelist token sale for the Credit Protocol will begin on Oct. 6th UTC 1600. The sale will open to the general public on Oct. 8th UTC 1600.. You can learn more at www.creditprotocol.com