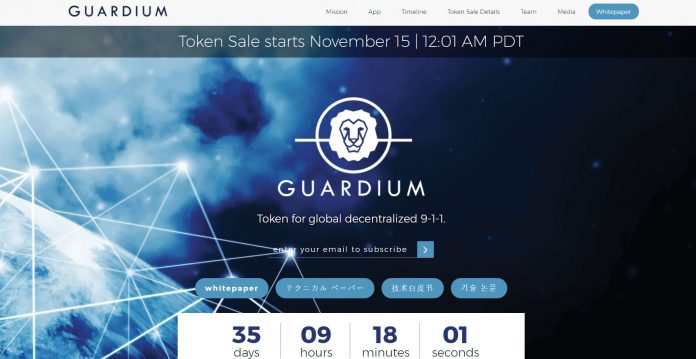 Current emergency response services, if available, take too long to answer emergency calls. Emergency centers might not be conveniently located to the emergency situation, escalating the risk of danger for the caller seeking help. Recognizing this gap in service, Guardian Circle platform allows subscribers to have access to a decentralized pool of pre-selected citizen-rescuers who are automatically alerted in the event of an emergency, dispatching aid closest to the emergency.

Guardium tokens will be used to reward response-related transactions. For example, an off-duty EMT registered as a professional paid Guardian that centrally located to an emergency and answers an alert will be rewarded with Guardium tokens. Token holders may redeem the tokens for more services within the platform or sell the tokens within the platform for fiat currency. All transactions will be recorded using Blockchain-based smart contracts.

“The emergency response system being used by governments today is broken,” said Mark Jeffrey, CEO of Guardian Circle. “Our platform empowers communities, because it makes certain a person in an emergency situation has access to rescuers in their community right away.”