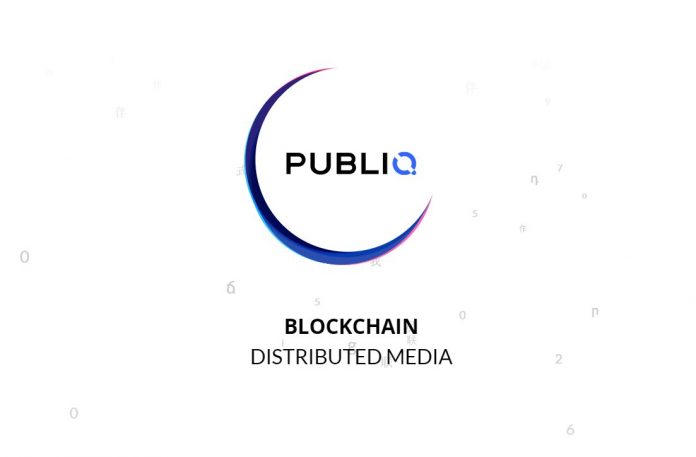 PUBLIQ, a non profit foundation, is announcing today the launch of its decentralized content platform that offers merit based, real-time, and instant remuneration to authors from all over the world, in order to combat fake news and biased reporting. The PUBLIQ Foundation builds a trust based ecosystem that is operated by authors, journalists, bloggers and advertisers around the world and encourages them to share their written perspectives in a safe and encrypted way.

Once an article is posted on PUBLIQ, the content gets cryptographically sealed and distributed, and is immutable, meaning no third parties can tamper with authors’ work. The content that PUBLIQ receives from authors and distributes to readers will raise media standards significantly.

The foundation’s goal is to overcome the massive flow of poor, fake, and fabricated news, as its platform offers a transparent rewarding process that incentivizes members to write high quality content and advertisers to target their specific audience in the most efficient way.  PUBLIQ will hold an ICO for its PBQ token in November.

The 21st Century has brought about a frivolousness when it comes to what society labels as fake news. We’re living in an age when fabricated stories and gossip rags somehow find themselves on the cover of top magazines and leading publications. What’s even worse is that it happens to be very hard to distinguish between what’s honest and credible news from scandalous gossip.

Journalists and content writers are experiencing this frustrating phenomenon, and often watch as their work falls by the wayside and is labeled as “fake.” Whether it’s Fox News declaring that anything on CNN is misleading and not factual or the President himself tweeting away, plausible stories that are relevant and trustworthy are frequently shushed by the label of fake news.

PUBLIQ aims to end the endless array of finger pointing that has become fake news, by developing a platform that introduces a mechanism of community governance to make sure readers are protected from undesirable contents. The community members have a trusted reputation and the ability to warn and intervene whenever a content raises flags limits.

PUBLIQ’s blockchain technology operates independently from Bitcoin and Ethereum, in sharp contrast with the majority of rising startups in the “Blockchain Silicon Valley.” The PUBLIQ Foundation believes that blockchain is made to create open and borderless neutral systems, where trust is established by the power of the network and not by trusted intermediaries.

Once an article is posted on PUBLIQ, the content gets cryptographically sealed, distributed, and is immutable, meaning no third parties can tamper with the author’s work. PUBLIQ employs blockchain to institute universal trust on the platform, as well as to enhance in quality of PUBLIQ content, and to safeguard the independence of the PUBLIQ community. PUBLIQ is a distributed media environment owned, governed, and operated by a global independent community. This means its members enjoy both unlimited potential of free expression and enterprising, as well as full protection of identity and intellectual property rights.

Authors will get rewarded according to the “PUBLIQ Score” they have. This score is calculated by the previous engagement their pieces have earned. The reward process is completed using the PBQ token: the in-house currency that was developed as a utility value for transactions on the platform.  The PUBLIQ audience through their feedback and actions shape the reputation of authors, giving them their PUBLIQ Score. The score is used to calculate the author’s real-time share in total PUBLIQ earnings. This helps eliminating any human interaction in the rating and remuneration process.

The Workflow would look as follows:

Advertisers will be using the platform as well for a more targeted advertising process, with the help of the new engine tools that PUBLIQ develops. The AI algorithm provides an advertisement placement mechanism based on readers’ preferences, but also on the nature of the articles (topics, industries etc.). It helps to determine which ad might interest which readers and channels more than others based on the activity on the platform.

“By creating a content distribution platform, we’re trying to tackle the tabloid journalism that is consumed daily”, said Alexandre Tabbakh, CEO of PUBLIQ, “Propaganda and fake news are some of the main problems the media industry faces. We are creating an ecosystem of accredited authors with trusted reputations, and guarantee that only high quality content will be promoted over the platform. The merit based distribution will result in a paradigm shift by unchaining the creative power of an individual to become a full participant of the economy of the future.”