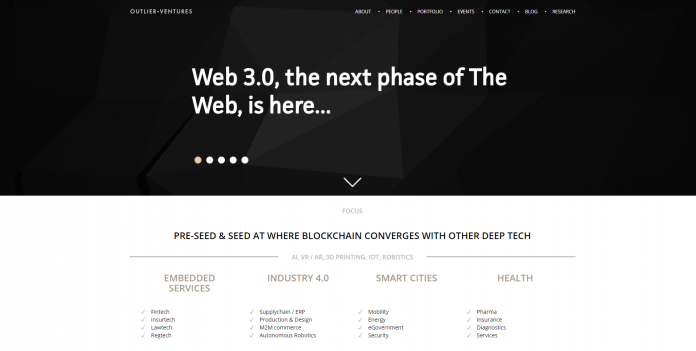 Botanic Technologies is comprised of a team of industry veterans in AI, Natural Language Processing, avatars, chatbots and building software companies.  It has developed a powerful toolkit and innovative IP for the creation and deployment of bots (chatbots, assistants and conversational avatars), the kind it believes will become the new interface for the next phase of The Web. Botanic will begin to open source its technologies licensed to a Singapore not for profit company, Seed Vault Ltd, which will perform an industry-defining token distribution event in early 2018.

Botanic Technologies has over 6 years of combining advanced Natural Language Processing with unique design capabilities to build and deploy multimodal bots capable of interacting across chat, voice, video and virtual reality. Their technology allows brands in healthcare, finance, education, retail and technology to guide and enhance the user’s experience through customizable interfaces and unique relatable personalities, while enabling the highest levels of privacy and security.

By licensing their technology to Seed Vault, who will open-source and tokenize their system through the use of Blockchain technology, Botanic looks to decentralise the development of bots and the value creation process. Their unique crypto economic design, aided by Outlier and their industry partners, allows for the creators of a bot’s various constituent parts, contributors of content, and learning to be rewarded by a back-licensing model not possible prior to the invention of Blockchain.

Botanic Technologies will license its world-leading conversational Artificial Intelligence technology to Seed Vault, a new Singaporean entity, designed to help deliver an open source future for the development of AI-powered bots, underpinned by the Blockchain and backed by ‘SEED’, its native utility token. This includes the world’s first ‘voice to Blockchain’ patent application, that enables conversational user interfaces to interoperate with a public Blockchain for all to see. This innovation, among others, is essential to allow users and developers of AI to account for ownership of data and provide authentication methods so that bots have ‘license plates’ and can be trusted, whether in customer service, healthcare, financial, human resources, education, or any other use case.

“Today’s bots are able to collect a vast array of data points about their users. Much more than words typed into a webpage” says Mark Stephen Meadows, CEO of Botanic Technologies “Assistants can now measure our voices, emotions, and motivations with virtually no privacy safeguards in place. I don’t think the world has truly grasped the scale and value of the data at stake when it comes to AI. Botanic’s proven technology has privacy at its core, and will help Seed Vault create a more equitable model that puts the future of AI in the hands of the many so that end users’ values are respected.”

“Botanic represents one of the clearest examples of convergence between AI and Blockchain technology. The ability to authenticate bots, their creators and their interactions using distributed ledgers is essential to building trusted AI that sees mainstream adoption,” said Outlier Ventures’ CEO Jamie Burke. He continued, “Botanic works with some amazing corporations and we’re delighted to be lead investor, and to help them design an equitable and fair bot economy.”

“We have licensed a range of Botanic’s technology, including patents and tools, which form the basis of our vision to provide a tokenized, open source, approach to bots.’’ He continued, “Today, the big six internet companies dominate AI and we believe that must change before it’s too late. Seed Vault will give developers and companies access to a core bot platform to build conversational AI interfaces. Those developers are rewarded with SEED utility tokens and so too are bot users that choose to share data via bot interactions. It’s all underpinned by our own distributed ledger.”

“Outlier Ventures embodies a new generation of venture capital where the financial investment is only one aspect of how they support innovation,” said Botanic Technologies’ CEO Mark Stephen Meadows. “What’s equally, if not more important, is a backer that understands how the Internet is being re-shaped by the coming together of Web 3.0 technologies and crypto-economics. We have greatly enjoyed working with Outlier the last few months and are excited about Seed Vault’s vision for the creation of a tokenized bot economy.”