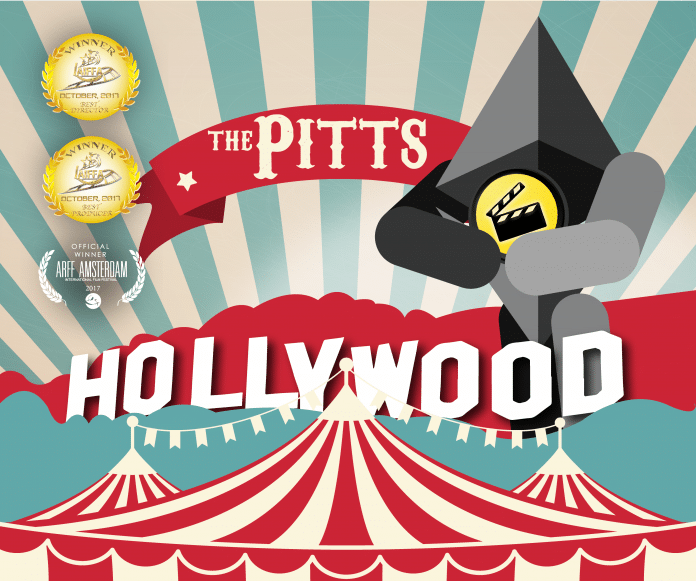 What started as a geeky/nerdy marriage between circus freaks, crypto geeks and a Swiss producer has now ended up in Hollywood. Producer Tony Caradonna (CH) and director Ken Fanning (NIR/UK) had no idea that they would wind up making history when they first conceived of The Pitts Circus, the first Ethereum-funded movie which is based on a real Australian circus family. But with their decision to set up the Ethereum-based eMovie Venture project to use an Initial Coin Offering (ICO) in order to fund the initial project, they have laid the foundation for what could be a lasting bond between the blockchain and movie making.

This innovative approach turned out to be a big success. The movie has since received three awards and is nominated for several more Hollywood awards: Best Experimental Film at the Amsterdam Around International Film Festival in September, as well as Best Producer and Best Director at Los Angeles Independent Film Festival last month. Furthermore eMovie Venture’s Pitts Circus movie recently also got nominated for several more awards. Four of the nominations were received at the KaPow Intergalactic film festival, which takes place mid-November in Hollywood:

The award-winning movie project which was also nominated for a digital sustainability award on the Swiss DINAcon in Bern, has now announced the date of its official world premiere:

It will take place on November 14 at the legendary Laemmle’s theater. A place with an awesome history. The cinema was established by the nephews of famous Universal Studios founder and leading figure in Hollywood’s golden age, Carl Laemmle.

The surprising success of The Pitts Circus has already paved the way for eMovie Venture’s next projects in 2018. We look forward to a bright future for this innovative film project and upcoming eMovie Venture based productions.