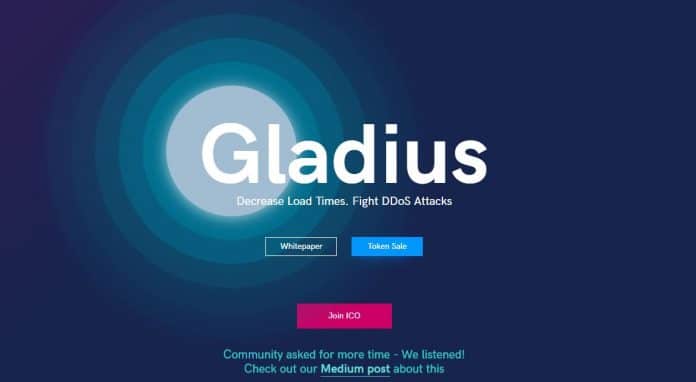 Gladius.io, a Blockchain-based startup, has devised a way to use surplus consumer bandwidth to end DDoS attacks, and provide high quality CDN services for individuals and businesses alike. The ingenious idea has attracted a huge crowd, and the private investor presale for the Gladius ICO is underway and has attracted interest from serious investors. The public presale, which is open for early investors, will kick off starting November 24 at 2:00 PM UTC.

Internet users who are able to monetize their unused bandwidth, to companies seeking protection from ever-looming DDoS attacks, the platform represents a true ‘win-win’ situation.

The danger of hacking has grown exponentially in the past year. Consider, for example the frightening circumstances surrounding the now infamous Equifax hack, where, ironically, the password for the database storing personal data files was simply ‘admin’. Government agencies have also been affected, with even the SEC admitting to a substantial database hack in 2016, with details only now emerging.

And DDoS attacks are some of the most prevalent. Consider that estimates show that there were 300,000+ DDoS attacks in 2016 alone, with every attack costing approximately $500,000 – the conclusion being that that over $150 billion was lost.

Protection from these attacks is extremely costly, with users often paying huge sums of money to access large amounts of bandwidth in order to mitigate DDoS risk. Further, companies find themselves under financial pressure to increase website load speeds and are turning to costly CDN solutions in order to do so.

Gladius uses the power of the Blockchain and distributed model to bring all these needs within a single solution. Through the desktop client, Gladius allows users to make extra money by renting out unused bandwidth in order to create large pools that can handle the substantial influx of requests and web traffic that mark a DDoS. Since many users watch the servers and systems, DDoS-type activity can be identified and neutralized quickly.

The entire platform is an ingenious application of the Blockchain’s decentralized capabilities, and has garnered huge interest. By solving real-world problems using Blockchain technology, Gladius is headed in the right path. The best bonuses within the Public ICO on January 14th are in the first 24 hours, and the Public Presale will be held at November 24th.