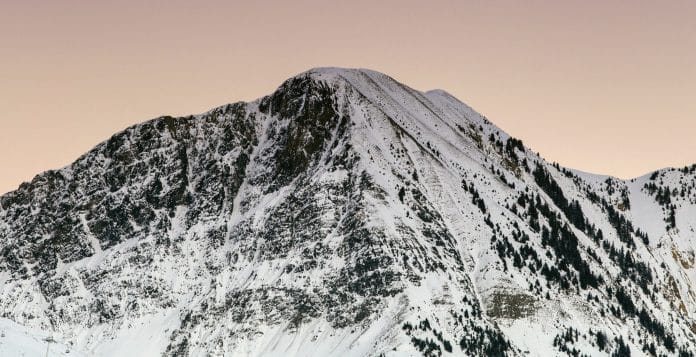 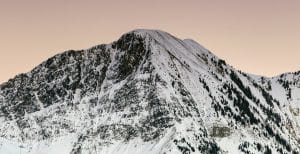 2017 was another dramatic, record-breaking year for cryptocurrencies and blockchain technology at large, and 2018 will probably be no different…except for one change that I will now predict: ICOs (Initial Coin Offerings) as a category of new financial assets will overtake the dominant cryptocurrency known as Bitcoin in share-of-voice.

I think more people around the world will be talking about individual ICOs in 2018 than those just talking about the single blockchain known as Bitcoin (or, to some, Bitcoin Core). I’m comfortable in making that prediction just by looking at the numbers for ICOs opened and the amounts raised in 2017:

You can see a full list of current and upcoming ICOs on the Token Tracker page on our site, or even query our database by keywords or specific ICOs by signing up for the beta trial of our Token Clarity project.

That is more than 500 ICOs that closed their funding round in 2017. For each of those projects that sees significant success (or failure) in the New Year, there will be thousands more entrepreneurs, developers, investors, and tech evangelists that are introduced to Initial Coin Offerings and can funnel more capital and interest into the ICOs that will open in 2018. It’s the same snowball effect that drove the internet stock boom, which many have compared the current ICO industry to.

History aside, you and I are more interested in what the future holds, particularly for yourself. If you are launching an ICO in 2018, or if your project recently opened its public sale, the one question that will be waiting for you after the holiday break is, “How come more people don’t know about our ICO?” It’s a good question to ask, and one worth losing sleep over.

To help you answer that question, I have come up with a list of obvious reasons that nobody knows about your ICO; or, for a more conscientious way of describing it: Here are marketing tips for growing awareness and setting realistic expectations of your ICO in 2018:

Learn this fact, and recognize what it means to your project. For instance, if you’re launching a video game-related ICO, understand that not every gamer your marketing message reaches will understand the acronym, “ICO”.

So, you have to make sure your message makes sense to anyone your product or network will be useful to, without them already understanding what an ICO is. This means it is probably not a good idea to create mass marketing campaigns which only promote your coin offering, i.e. “Buy the DOOM token today!”

2. The purpose of your coin offering is too difficult to understand and convey to potential users.

It is difficult just to get a message in front of someone, but it is even harder to make them accept and remember the information you’ve provided. If you do not present your ICO in a way that is understandable and relatable to the audience, they certainly will not recall your message as they scroll on to consume more content.

So, to make every ad impression and private message count, make sure that what you are saying can be understood, quickly, by a wide audience. One way to test your messaging is by using surveys; for example, you could poll your initial users or supporters, and ask simple questions such as: “Does the function of our token make sense?” Sometimes your fans can elucidate your project better than you can; don’t be afraid to ask for help.

In a past life I was a volunteer moderator for /r/Books, the largest reading community on Reddit. During my time leading the team of moderators for that community, I learned a valuable lesson: Your team does not represent the market, in terms of habits or knowledge.

What makes sense in your private discussions and in the first drafts of your press release-type material will not always be coherent to the greater community. We would announce something like a new rule for content submissions, and the wording of the rule would be read completely differently than we intended; tempers would flare.

What I found to work well in making announcements go smoothly is soliciting input on the final draft for release before the actual release, either by reaching out to community members individually or through a select group of “beta-testers.”

3. Your differentiation (from existing systems or similar ICOs) is not immediately clear.

Nobody needs two of the same tool. In all of your marketing material, including the interactions you have on social media, make sure you are making it clear what your product does that nobody else’s does, because that is how whoever you are talking to will identify and evaluate your product.

If you are building a decentralized email client, for instance, you should explicitly lay out the benefits that decentralization brings to email; don’t just say “it’s email, but decentralized.” Talk about cost, security, reliability, or whichever it is that you think truly makes your product different (and better).

Knowing your points of differentiation (and which are most effective in driving user acquisition) becomes incredibly valuable when and if you employ paid social media advertising. I have worked as an ad trafficker and campaign strategist for a B2B software company, and the most successful campaigns we ran were the ones that specifically targeted users of competitors’ products, using language that described our most relevant differentiator.

4. You are not participating in the ICO community enough.

I cautioned earlier that not everybody on the planet will know what an ICO is in 2018. Do not take that to mean you can ignore the ICO community, or that you should only focus on the community specific to your product.

You need to be reaching out to ICO listing sites to add your project’s details, you need to sign up for Steemit and BitcoinTalk and all the other ICO-related forums, and above all else: you need to make sure your ICO is discoverable by whoever is specifically looking for ICO projects like yours. Sometimes that means taking out your phone, downloading the Telegram app, and participating in the many ICO-related groups.

I recommend you start with ours, the Token Report Telegram forum. We have had over 430 members join us to discuss blockchain applications, new ICO offerings, as well as marketing ideas for ICOs. Founders are welcome to join our group and poll our users about their own project; in fact, we encourage it.

5. Nobody owns “marketing” as a function for your ICO.

You might be sitting on the world’s greatest piece of software, but the world won’t know about it if you don’t tell them. That is easier said than done, and to get anything done, somebody needs to made responsible for it getting done. That means setting goals and carrying out plans to achieve them; that means putting people on your team in charge of monitoring your Telegram forum; that means paying PR agencies to write and distribute press releases; that means hiring a marketer. It doesn’t mean, “Let’s just create a Telegram forum and a Twitter account, and see what happens.”

At Token Report, we have recently re-evaluated our Key Performance Indicators (KPIs), prioritizing those metrics that are most correlated to our goals across all of our owned, paid, and earned channels. What you will find if you do the same for your ICO is that, yes, there are a lot of metrics you can monitor, but only a few that can be directly attributed to your revenue-generating or brand awareness goals; i.e. direct referrals to your ICO crowdsale page.

Without understanding what these metrics are and how they impact your short- or long-term goals will lead you to make horrible marketing decisions, and if you do not make someone (or a team) responsible for tracking and evaluating your KPIs, those KPIs likely won’t go up and to the right.

6. Your initial supporters don’t have the ability to, or a reason to, promote your ICO on their own.

Even if you hire the best marketer, they won’t be able to compete with what a crowd can do to promote your ICO. Word-of-mouth is a powerful force, and you need to do everything you can to empower the initial users or contributors to your ICO with what they need to evangelize your product. That could mean giving them an actual incentive, such as some “Bounty”-type programs that some ICOs have advertised in 2017, or that could simply mean providing signup links or an easy-to-remember domain name for your project. Some of your early supporters may hold clout in the industry your ICO is participating in, so never be shy to ask them to promote your project.

That last tip extends to myself; if you have an ICO launching in 2018, I would love to hear about it and am always up to giving tips on how you can promote your project. Reach me in the Token Report forum on Telegram, or on Twitter at @KyleSGibson.

Kyle Gibson is a technology and media marketer whose past successes include MIT’s Tech Review, AmericanInno and Pegasystems ($PEGA). He was also lead moderator at the r/books subreddit, which he led from 150,000 participants to over 4 million.