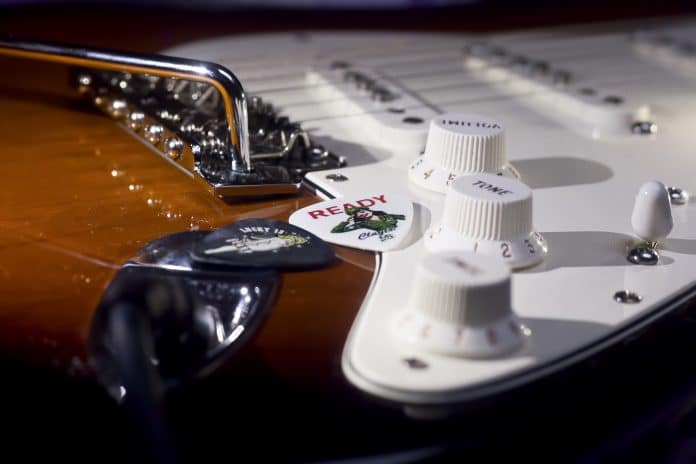 We’re not yet seeing the predicted wave of regulatory-compliant coins coming to the US. Rather it’s a trickle, like Pocketinns (PINNS), a New York-based operator of vacation rental sites with an idea to take on Uber, Airbnb, GrubHub, Amazon and everyone else. They say they’re launching their ICO as an exempt securities offering under Rule 506c. That means only accredited investors can participate. Good luck against Bee Token, the decentralized Airbnb that’s gathering much buzz. (By the way, BEE closes its pre-registration list on Wednesday.)

It’s far more common for projects to exclude US, Chinese and South Korean investors, either nominally or by more effective means, like a Know-Your-Customer (KYC) process involving the scan of an official document.

Regulation hasn’t slowed the rush of coins going to market. Over the next seven days (starting Tuesday, when this post was originally published), there are 37 coins going to presale or crowdsale, according to data from Token Report. Last week, we counted the same number. Many are unlikely to merit the attention of any regulator: You have to sell a token to someone, in order to do that, and many of the token offerings we’re seeing right now appear unlikely to make their minimum fundraise targets.

There’s a threshold of momentum, measurable in participation in online forums and other places where crypto investors congregate, necessary to achieve escape velocity. And with projects like GEMS (GEM) approaching 50,000 people on a Telegram forum, and Telegram itself (TON) looking to raise USD 1.2 billion, there’s not a lot of oxygen to spare.

Of course, just because a token has momentum, doesn’t mean it’s worth your time or money. Charlie Noyes at Token Market has a list of good reasons why you shouldn’t bother reading Telegram’s 132-page white paper, circulated quietly to investors during their ICO private sale. (If you really want to, we have it up on Token Clarity, which you can sign up for here.)

There are quite a few tokens like that in this week’s list, as well. There are no value picks, again, but Bluzelle, the latest entrant to the blockchain storage wars, is my momentum pick (just my opinion, not investment advice). Here are my notes on that and a few of the other tokens showing credible social momentum going into ICO this week.

Bluzelle (BLZ) has a credible team and an incredible list of investors and advisors. Despite Filecoin’s USD 257 million raise, Storj’s USD 30 million raise and Siacoin’s rock-solid credibility, the battle to be the Amazon of decentralized storage has barely begun. In fact, these projects are probably battling to be the EMC of decentralized storage.

You can say what you want about them being nice, modest people. The advice I’ve gotten is always to raise as much as you can. But one thing seems certain: This issuance leaves a fair amount of demand on the table. When exchanges pick up the BLZ token, expect to see some fast movement. The bulk of the tokens, about 127.2 million went to private sale investors, who bought at a 22.3 percent discount to the posted public sale price, by my back-of-the-envelope math. They’re under a lockup of only 30 days following the date tokens become transferrable to crowdsale buyers. If the sale closes on Jan. 19, mark Feb. 18 and March 20 on your calendars.

Zeepin (ZPT): There’s a category of cryptocurrencies that aim to be a platform for other projects. Zeep is one, but their claims are just incredible: Kickstarter + Upwork + Trello + Ethereum all rolled into one and no sign that they’ve actually built anything yet, plus a dearth of technical talent on their team page.

Ink Protocol (XNK) is based on a great idea, providing a currency that can be used to stake an escrow against transactions in an open marketplace. It could remove the need for a trusted third party, like ebay. There are two problems with this high-momentum project: 1) They want to insert a trusted third party, Listia Marketplace. (Listia is a P2P market startup that raised $9M in 2013, never to be heard from again, until…blockchain!) 2) Another project already had this idea. It is called BitBay and it trades on Bittrex. BitBay’s Dynamic Peg concept for cryptocurrency is about 100 times more interesting than the Ink Protocol white paper.

Insurepal (IPL) Here’s a project with actually zero technical roles listed on its team page. Granted, in an insurance tech startup, insurance industry experience may be more important. Even there, they’re a little thin. Their COO, for example, is president of the Slovenian Ice Hockey Federation, with a strong resume in sports management. Sure, pal.

Mavro (MVR) is multi-level marketing based on the blockchain. Its founder is Russian ex-convict Sergey Mavrodi, who has this to say in the one-pager: “The team of blockchain developers want to remain anonymous,…Apparently, the team hasn’t realized how revolutionary this project is that they are working on. They had a chance to leave their names in the history books, because MAVRO will be a financial ark for all the mankind.”

I’m always looking for a reason to stop reading, and Benebit (BNE) didn’t give me any, until I got to their white paper. I’ve read it, and their website, and I’m still not clear why a loyalty program would replace its proprietary points with a cryptocurrency that “can instantly be used at any point of sale.” I also think I got a little confused when I read that “Blockchain technology…has proved to be fast, efficient and secure.”

PundiX (PXS) has plans to build a crypto-enabled point of sale system across southeast Asia. But read the white paper closely, or know friends who do. The exchange rate is 1,166.67 PXS to 1 ETH…“However, purchaser will only receive 500 PXS (30%) at the moment, the rest of the 1166.67 PXS (70%) will be entitled only if the Purchaser holds for 3 years (36 months).” That is a long time to hodl.

Coinstarter is an interesting project: a decentralized accelerator for blockchain startups. But I think there are already a handful of players making a credible name for themselves incubating and launching such things. Consensys, New Alchemy and Cofound.It come to mind. And there’s only one Y Combinator, right? Only one Techstars. Believe it or not, the market knows this. That’s why Science Blockchain fell so far short of its USD 100 million hard cap.

Gimmer (GMR) I’m sure this is a good project, but I just can’t really look at anything that’s about selling trading bots to the masses in crypto. I just think it can’t turn out well for anyone involved.

LiveEDU (EDU) is a project of New Alchemy, which is an affiliated company and our advisor on our plan to tokenize financial data. It’s a good project and let’s leave it at that.

“Invest $5,000 and you will have $2 million by the end of 2019,” Pagarex (PGX) promises. I can’t take seriously any project that insults my intelligence with a claim like that.

Worse than bots are projects like TrakInvest (TRAK), that claim to deliver the “wisdom of the crowd” in investing. Everyone in crypto knows how wise the crowd is.

FluzFluz (FLUZ) is an affiliate marketing scheme rolled into a cash-back rewards program, with a cryptocurrency. Convince your friends to join and spend, and you earn. It’s like Groupon, but with 40,000 daily active users. By this same point in its history, Groupon had 3.4 million.

Bitcomo (BM) is an affiliate network for smart contracts and ICOs. I’m no expert, but what they’re proposing to do sounds complicated, involving user data, transactions and powerful brand users. I’d like to see a little more substance in the white paper for a project like that. Finally (or maybe first), I look at the team section of the website and on a team of 14 there is one developer. Pass.

Graft (GRF): Great name for this point-of-sale crypto technology company, but I prefer to see people on the team page who actually list the company on their LinkedIn profiles. If the “team” doesn’t believe in the project enough to quit their day jobs…

Stop The Fakes (STF), a bug bounty system for catching counterfeit goods and intellectual property, is interesting enough to get me to read about the token mechanics: “STFCoin Token is the only meаns of payment in the service that is used by Requestors to pay for the services of Dоers.” Whoeve the Requestors and Doers are, I’m sure they would prefer to use a more liquid, stable currency.

Think I missed a good pick? Join our forum to call me out.

Photo of a guitar and picks in the public domain via Pexels.