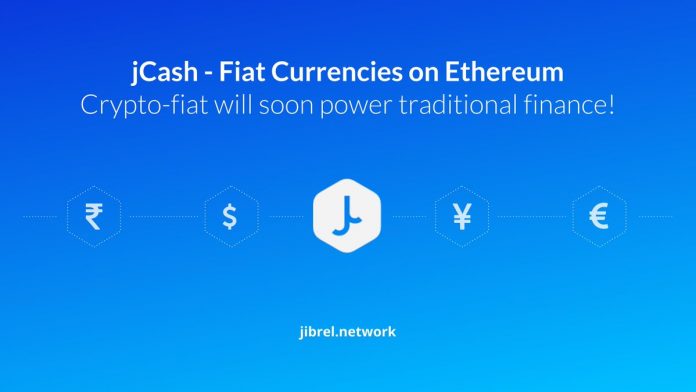 Jibrel Network co-founder Talal Tabbaa said in a statement, “Smart contracts can revolutionize how we do business and how we exchange value. However, cryptocurrency as a mode of payments has not yet been able to converge with real-world regulations, demonstrating the need for a stable method of payment on-chain, such as jCash. The crypto-economy has experienced tremendous growth with little regulation; safeguards need to be put in place to protect against volatility in the crypto and traditional economies, while bridging the gap for everyday people.”

jCash uses smart contracts on the Ethereum blockchain to record CryDRs or CryptoDepository Receipts, according to the company’s press release. CryDRs are governed by existing securities regulations and backed by real world assets, leveraging blockchain technology for immutable settlement and tokenization of assets while being fully compliant with existing regulatory frameworks. Additional assets including shares of public companies and capital resources are also able to be tokenized using jCash smart contracts.

Tabba added in his statement, “We are thrilled to officially announce the launch of jCash, and that we have already begun offering it to a select group of regulated financial institutions. Automating the enforcement of our existing financial regulations, with public blockchains, on-chain Know Your Customer (KYC) compliance and smart regulation can improve the system, not circumvent it.”