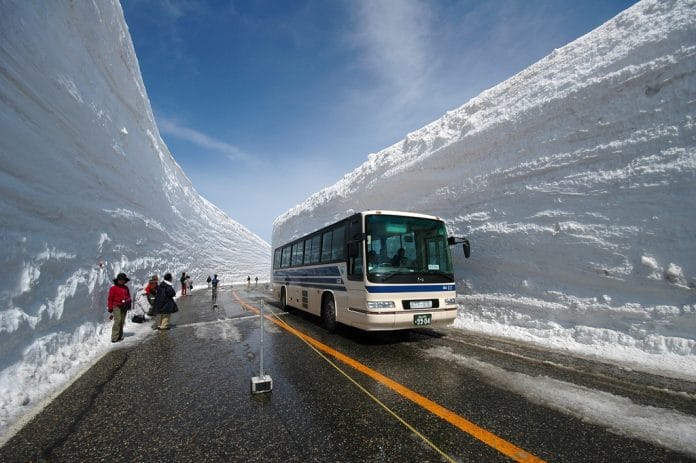 Despite the apparent culling of the herd in this ICO winter, there remain many projects out there that are unlikely to raise much, and among those that are, precious few that are worth the money they’ll raise.

Here is our pick from among the 20 ICOs opening this week. As usual, this isn't investment advice. It's just my opinion.

This week’s Momentum Pick is Dadi, a decentralized cloud infrastructure project that’s going up against Golem and SONM. The rest are either red flags, or didn’t measure up on forum momentum. (Read more about our forum analysis tool, which is in development now.)

There's no Value Pick, unfortunately. Those are almost impossible for me to find. Disagree with my picks? Come find me on our forum: t.me/tokenreport.

Keep an eye out for Bee Token (BEE), a vacation rental project that’s gathered a lot of (cough) buzz. Their ICO opens next week, but their pre-registration closes Thursday.

Dadi (/DADI), a UK-based cloud infrastructure project, has a revenue-generating product in the market and an interesting staking mechanism for supporting incentives in a three-party network set up to deliver decentralized cloud computing to consumers.

The question they don’t answer is, why does cloud computing need to be decentralized? Amazon Web Services, as they point out, seems to be doing just fine. (USD 12 billion is fine.) That doesn’t mean there won’t be a market for Dadi's product, but is it a USD 48 million opportunity? That’s the implied network value baked into their issuance and their USD 29 million hard cap (100 million DADI total supply, 60 million DADI float). On Monday, Dadi announced they’d raised USD 4 million in their presale.

I’m not inclined to credit the story that a flight from censorability will drive market adoption in cloud infrastructure. Nor do I think the cost-savings story is terribly compelling: the idea of a price war with Amazon would make me giggle hysterically and drink mouthwash. What might convince me is an argument that we’re headed into an era of massive increases in surplus compute power. I haven’t seen that argument.

The plagiarism of the SONM white paper was unfortunate. I’m glad Dadi addressed it. Their response was overly defensive, but ignoring this would have been a red flag.

For those who share my concerns about market size and adoption of decentralized cloud infrastructure, SONM (/SONM) and the Golem Project (/GNT) could be a useful guide. However, SONM is still on a testnet and Golem has yet to release a product. So, the ups and downs of both tokens are pure speculation.

It’s entirely possible that what Dadi has built so far is worth USD 48 million–but consider that Amazon’s total venture raise was USD 9 million, pre-ICO. Then again, consider how Jeff Bezos says he convinced his first investor: By pointing out the crazy prices other dot-com entrepreneurs were asking.

WePower (/WPR): I’m not sure access to WePower’s green energy auctions is going to be enough of a motivating factor to get energy trading firms to adopt the token. Judging by their website, this Baltics-based company is OK with that: they’re not marketing it to energy trading firms. They’re marketing it to crowdsale investors, with “break even in 3 years” and “value growth…driven by the growth of the platform and energy auction demand.” They say that doesn’t cause a problem for the “European Regulator,” which seems, despite the EU flag pictured on the website, to refer to a letter from the Estonian Financial Supervision Authority, mentioned here.

Experty's (/EXY) Switzerland-based team deserves credit for good hustle in marketing their project (although their “we love Experty” bounty spam campaign is obnoxious). But I don’t see much in the token to interest me. The idea of expert consultations, billed by the minute and paid via smart contract, is excellent. But Experty’s mechanics are pure payment, providing no reason for a user to hold the token. That sets up a velocity problem and the risk of a “vicious unwind,” as Chris Burniske calls it, when the EXY token approaches market saturation.

Lydiancoin (/LDN) has built up enough momentum on forums to make it worth looking at, according to our measures, but not enough for a project that was pumped (fleetingly) by Paris Hilton, which didn’t escape the SEC’s attention. Unfortunately, the founder is a domestic abuser, convicted in a case that included horrific video. He doesn’t appear on the website, which is probably wise. If that doesn’t bother you, by all means, contribute. According to the website, private sale investors have already put in USD 10 million, so that’s probably enough to cover their legal fees.

Debitum (/DEB) is another project that wants to charge its fees and allow participants to transact in a novel token. The issuers offer a litany of reasons why this is a good idea on page 20 of their third static document. None of these reasons are convincing, other than the third one, regulatory escape. And for this, there’s Zcash

This is phase 2 of MarkSpace’s (/MRK) five-phase ICO. According to their info page, the first phase, which closed earlier this month, sold 75 million tokens at USD 0.0714 each. That’s USD 5.35 million. It’s not clear to me why the Russia-based team would need to raise an additional 16.25 million just now, without a beta version of their virtual reality e-commerce metaverse to show. But hey, YOLO.

Arbidex (/ABX): Arbitrage strategies are ephemerally successful at best. If I were going to invest in an arbitrage technology, I’d want to know that the team behind it was sharp enough to get an unfair advantage and keep it. Arbidex’s website lists only one team member, CEO Kamilya Arslanova, alongside a raft of “advisors.”

Circle (/CRC): Not the Boston-based crypto company, but a Singapore-based project. It’s a messaging app, it’s a lending platform. And it’s a crypto exchange. Returns are totally non-taxable because this is the crypto world, not the real world. Circle’s investors have a hard lesson or two ahead of them. The only question in my mind is, will Circle’s issuers be there alongside them for the learning journey.

Photo of the Tateyama Snow Wall by Pietro Zanarini, CC BY 2.0.

Blockchain Technology Expected to Grow 66.4% in next 5 Years According to MRFR Research Findings