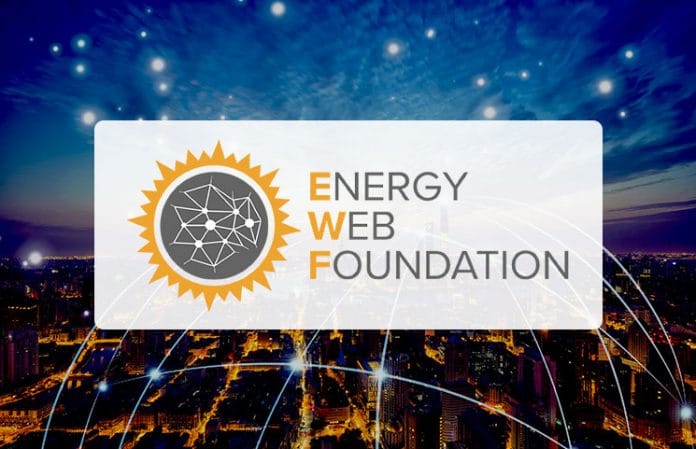 Energy Web Foundation (EWF), a global, non-profit organization focused on accelerating blockchain technology across the energy sector, announced on Monday the addition of 27 new strategic partners, including 12 of the world’s biggest energy companies. EWF states that it has raised over USD 17 million to date, with USD 14 million acquired since the beginning of round B funding in last August.

Senior Vice President B2C, SME & Innovation at E.ON SE, Frank Meyer said, in a statement, “Joining the Energy Web Foundation is a further step in the digitization of the E.ON Group. Blockchain technology has the potential to disrupt the way energy markets operate today. With this open accessible test platform we can start to develop future market standards and build reorganized, more efficient ecosystems.”

The Foundation, which claims to be the first public blockchain to address the specific needs of the energy Industry, states that it aims to develop market standards that ensure interoperability and reduce costs by aligning existing blockchain initiatives and developing easy-to-implement platforms for the market.

EWF launched its open-source test network, known as Tobalaba, on Nov 1, 2017 and the foundation states that it’s currently being used to test decentralized applications by more than 25 businesses, ranging from existing utilities to emergent startups. In 2018, Tobalaba development will focus on introducing efficient scaling mechanisms and improving connectedness with physical assets and devices, EWF stated.

EWF Council member and Managing Director at Rocky Mountain Institute, Jon Creyts stated, “Our goal is to create a global ecosystem of innovators committed to working together to advance the state of the art of this powerful technology.  With the expansion of our network through these Round B additions, we have assembled the preeminent global consortium tackling blockchain applications in energy.”

Round B fundraising will close in May 2018.