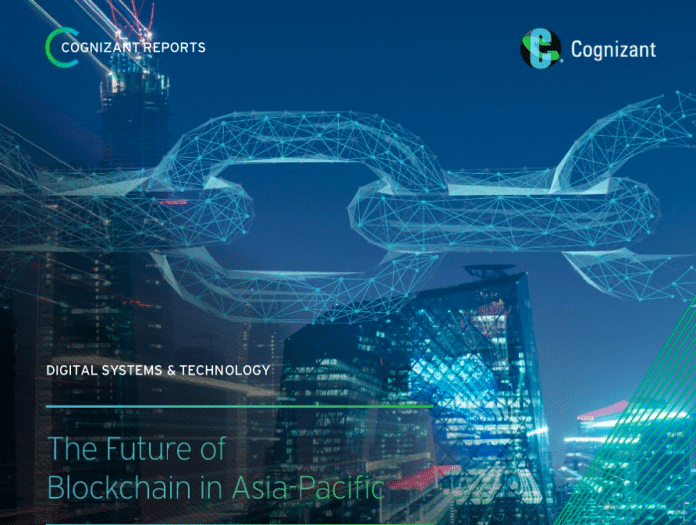 World-leading professional services company, Cognizant has polled financial service organizations in the Asia Pacific region to guage how quickly blockchain applications are spreading there. The report, titled The Future of Blockchain in the Asia Pacific, was released on Monday and finds that the technology is quickly taking root within the region, with 88 percent of respondents saying they view it as important or critical to the future of their industry.

In addition, 75 per cent of those surveyed said they have adopted a prototype approach to blockchain and are piloting initiatives, and more than half said they believe that blockchain will help create new business opportunities.

But while most executives have blockchain in mind, only 27 percent of them said they were “highly confident” in their organizations’ ability to integrate the technology into existing processes and systems, according to the report.

“While 36 percent of respondents said their firms plan to replace parts of their legacy system to enable blockchain adoption, 24 percent said they are still looking for a hybrid approach to ensure that legacy infrastructure and distributed ledger models coexist,” the report stated.

A total of 482 senior financial services, insurance, and banking executives were polled on how they think blockchain technology will impact their industries and 34 percent described themselves as having expert-level understanding of blockchain (42 percent view themselves as proficient, 19 percent as competent, and five percent as beginner or novice).

According to the study, security and privacy are the top concerns executives have about blockchain.

“The concerns over blockchain security can be compared to the early days of cloud computing, before businesses realized that the infrastructure provided by cloud providers is typically more secure than their own,” the report stated. “We believe blockchain will follow a similar trajectory, with companies concerned about security and privacy first adopting private and permissioned platforms. Ultimately, privacy and security concerns will not blunt blockchain adoption.”