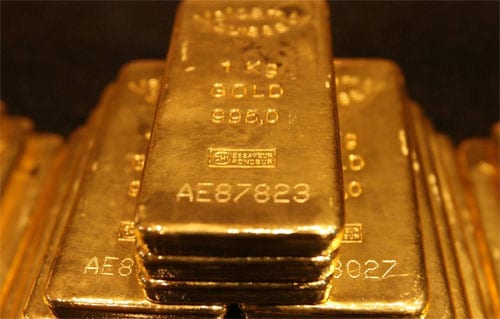 Malaysia-based firm HelloGold announced on Friday that its GOLDX token has earned the world’s first Shariah-compliance certification, becoming the first cryptocurrency to be certified as in accordance with the law that governs Islamic finance.

The fatwa was issued by the Shariah Supervisory Board of the consultancy Amanie Advisors, which stated that the token complied with “the requirements of the glorious Sharia principles and all requirements as stipulated in the AAOIFI Shariah Standard on Gold.”

CEO and Co-founder Robin Lee commented on the news in a statement: “HelloGold has opened the door to over a billion Muslims to access a new financial product. Our GOLDX token will help accelerate financial inclusion by providing Muslim customers with transparent and safe access to gold through a digital token, as well as the ability to use their stored gold as value that can be traded beyond the HelloGold system.”

The GOLDX token is backed by actual, physical gold stored in a safehouse in Singapore, which the company claims is fully and regularly audited. The token’s backing with 99.9-percent-pure bullion is critical to its shariah designation.

The company touts two qualities that have earned it shariah compatibility. Two of the principles enshrined in Shariah finance law are ribawi (the classification of certain commodities, including gold, as currency) and gharar (the prohibition on uncertainty-based transactions). To satisfy the former’s mandate to settle interactions involving gold on the spot, HelloGold’s platform completes all transactions instantly—within a day at most, according to their granting fatwa. To satisfy the principle of gharar, HelloGold maintains the backing asset at all times, eliminating the uncertainty around the asset’s fundamentals.

Beyond those concerns, one of the difficult questions bitcoin has faced in terms of its compatibility with shariah law has thus far been its prohibition on gambling. According to scholars who have studied bitcoin in the context of Islamic finance, the act of mining bitcoin on its blockchain comes close enough to gambling to disallow the asset from Shariah transactions. Therefore, although GOLDX is an ERC20-based stablecoin that can be bought with /BTC or /ETH, and traded like any other cryptocurrency, it is important that the network not rely on a mining-driven blockchain. Rather, purchases and sales are conducted directly with HelloGold itself.