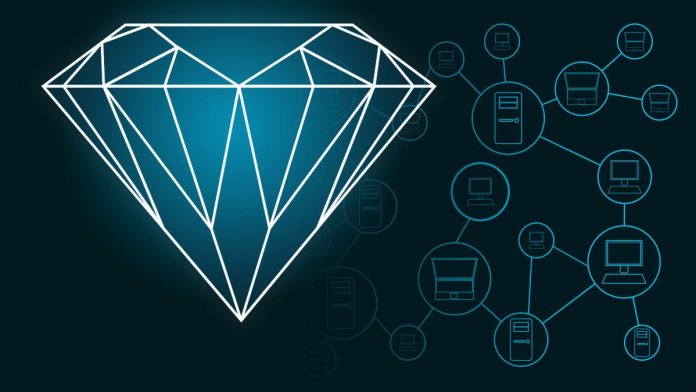 Focused on tracking the provenance of high-value assets on a global digital ledger, Everledger announced on Thursday the addition of a new traceability product to its lineup: the Diamond Time-Lapse Protocol. Formed by the integration of the “Diamond Time-Lapse” initiative, by Dharmanandan Diamonds, into the existing Everledger provenance traceability platform, the protocol is designed to engage all participants along the supply chain, recording various touch points and official industry standard certifications provided by miners, dealers, manufacturers, and retailers, and recording them onto an encrypted blockchain.

Everledger Founder & CEO Leanne Kemp said, in a statement, “We are pleased to be driving such a major industry initiative, ensuring data accessibility and transaction transparency for all stakeholders globally. The harmonisation of data protocols is imperative to ensuring a systemic approach to provenance tracking and reporting. We understand the industry’s desire to provide authenticated provenance, stemmed from strong consumers’ interest in the lifetime journey of their diamonds.”

The Diamond Time-Lapse protocol will be accessible from two user interfaces: one for manufacturers and retailers and another for consumers. The manufacturer's interface will track raw materials and goods as they move through the supply chain, while the consumer facing version will be available as a mobile application on both iOS and Android platforms.

Dharmanandan Diamonds Director Sales & Marketing Vipul Sutariya said, in a statement: “As initiators of the Diamond Time-Lapse traceability program, we believe blockchain is a fascinating technology and breaks all the existing stereotypes of the diamond industry. Streamlining the processes of the diamond journey from mine to the consumers on the blockchain gives directional solutions to bring transparency and positive change in the industry. The DTL platform definitely benefits the industry at large but also adds value to the lives of the artisans and their families who have dedicated their generations to the trade.”

To learn more about the Diamond Time-Lapse Protocol, visit http://diamonds.everledger.io/.