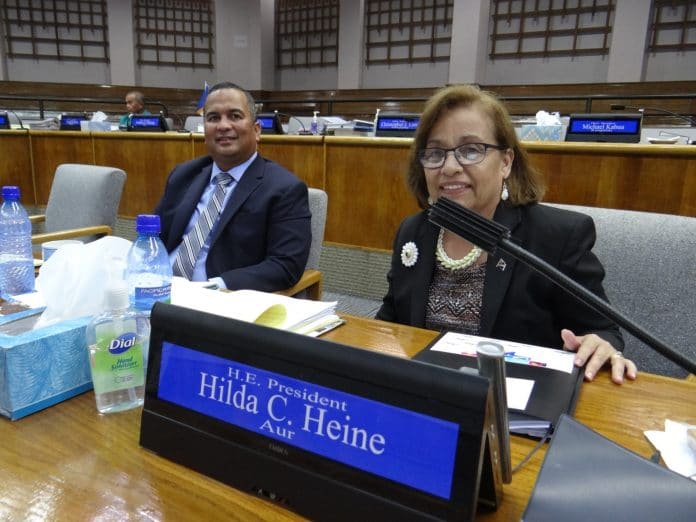 The Marshall Islands, a sovereign nation in the south Pacific, has enacted a law that mandates the world’s first national, legal tender cryptocurrency, according to a statement released on Monday. The ‘Sovereign’ (SOV) will be circulated alongside the USD. Members of parliament voted 20-8 to proceed with the plan.

The SOV will be distributed to the public through an initial coin offering (ICO). “The RMI will invest the revenues to support its climate change efforts, green energy, healthcare for those still affected by the US nuclear tests, and education. In addition, SOV units will be directly distributed to citizens,” said Hilda C. Heine, President of the Marshall Islands (RMI), in a statement.

“This is a historic moment for our people, finally issuing and using our own currency, alongside the USD. It is another step of manifesting our national liberty.”

The SOV is based on the ‘Yokwe framework’ that requires users to identify vis-a-vis the blockchain and claims to solve the anonymity problem that plagued bitcoin and precluded its mainstream adoption, says the statement. This framework allows SOV users to provide satisfactory answers to the key know-your-customer and anti-money laundering (KYC/AML) questions of financial institutions.

David Paul, Minister in Assistance to the President, elaborated on the framework: “It was clear that there was a huge market need for a non-anonymous blockchain system that can operate within a regulated environment. I’m especially proud of SOV since it is based on a new blockchain framework called ‘Yokwe’ that has all the benefits of bitcoin minus the anonymity. SOV makes cryptocurrency usable for the 95% of blockchain enthusiasts, who have nothing to hide. Every SOV wallet is associated to a real person, via verified government ID and fingerprint. ‘Yokwe’ encrypts the user’s identity on the blockchain and only they can reveal it. This makes it extremely easy for SOV’s users to answer the most important questions banks want to know.”

The RMI has selected Israel-based Neema to lead the SOV issuance. Neema specializes in financial inclusion solutions via the blockchain and is backed by Y Combinator.

The SOV is part of a broader E-Conomy vision to create a society that uses blockchain intensively, with a cryptocurrency and biometric IDs securely recorded on the blockchain, said the statement. This will permit the registration of licenses and ownership, as well as easier and more frequent voting.

Approximately, 70,000 people live in the Marshall Islands, a collection of more than 1,100 islands and islets in the Pacific.