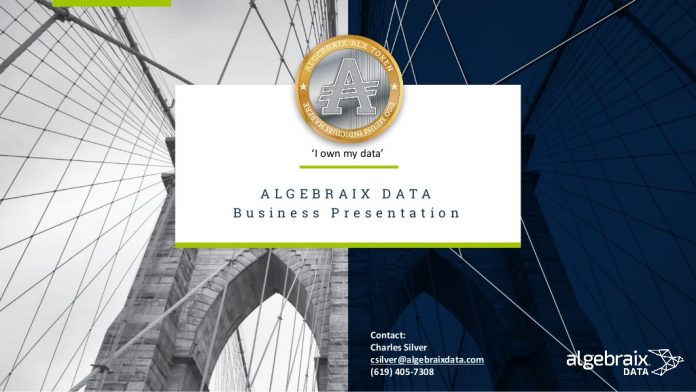 Algebraix, a company developing a permission-based ad display platform, announced on Tuesday that it has launched its public token sale. The company also announced it will leverage CoinList’s ComplyAPI to perform compliance checks on potential investors.

Algebraix has been selling the rights to its ALX token since September 2017, according to Token Report data. Instead of a traditional direct sale of tokens, the company is contracting with investors via a Simple Agreement for Future Tokens (SAFT), which is an agreement to provide buyers with tokens to be generated at a future date.

Austin, TX-based Algebraix is developing a permissioned ad platform that uses blockchain to give individuals control over their personal data, and the right to monetize that data with marketers. Their one-time token generation event will create 100 billion ALX tokens — 30 percent of which will be distributed to SAFT investors — and aims to raise USD 25 million, according to the company’s token prospectus.

According to a white paper published by Algebraix in February 2018, US law requires the company to ensure that all token purchasers are high-net-worth “accredited investors.” To ensure that participants meet the required thresholds (over USD 200K, or USD 300K w/ spouse, in income, or a net-worth over USD 1M, as stated in the white paper) Algebraix will use CoinList’s ComplyAPI to perform investor compliance checks on investors, including Know Your Customer (KYC) & Anti-Money Laundering (AML) and accreditation verification.