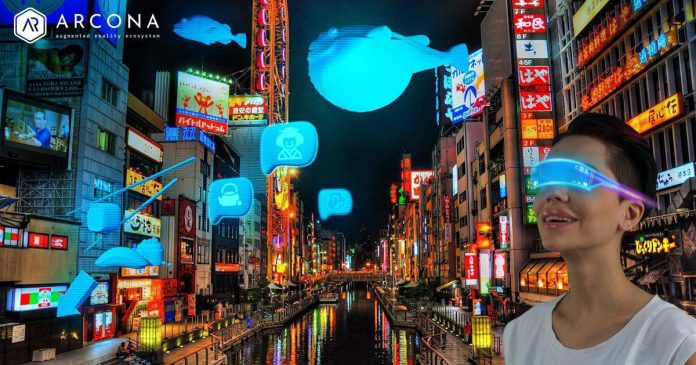 An augmented reality (AR) project that allows users to deposit virtual objects anywhere in the world via its 3D map, Arcona is launching an initial coin offering (ICO) on April, 15. Piligrim XXI, Arcona’s creator, is behind the world’s first augmented reality park, a reconstructed Teutonic Knights’ castle in Ludza, Latvia. The company has now designed a total of eight AR parks throughout Europe.

According to the Arcona team, the only difference between real land and digital land is that in the latter, the asset is located in an AR layer above the Earth’s surface. You can buy, sell, rent or donate it, or launch your own business on it, just like on actual land. Arcona’s project represents a virtual impression of the planet’s surface tied to specific locations in the physical world, which is prepared for the remote placement of 3D content.

ICO participants will be entered into a draw with a chance to win an AR Digital Land Plot in one of the world’s largest cities and only participants of Arcona’s ICO will be able to purchase the most attractive plots, the company said. Before tokens are released to stock exchanges, closed auctions will be held with a starting price as low as one token per square meter of digital land.

“The Arcona token is the basis of the system’s economy and its single internal currency,” said Ilya Korguzalov, Arcona co-founder, in a statement. “It opens access not only to digital land trading but also to all functions and services within the Arcona ecosystem: 3D content trading and the design and presentation of AR projects.”

The company said Arcona’s first digitized zones will appear next year in New York, London, Paris, Tokyo, Beijing, Rome, Mexico City, St. Petersburg, Istanbul and Barcelona. Its goal is for a layer of AR to cover the Earth’s surface by 2019.

Some of Arcona’s ICO participants already own digital land plots, said the company. In December 2017 a New York-based tech journalist obtained a plot of more than 328 feet in the city's trendy Soho neighborhood. Another plot of digital land was awarded to Yuri Dyatlov in the center of Tokyo in late March 2018. This month, the Arcona auctioned off a plot in Tokyo next to the famous Sensō-ji temple (金龍山浅草寺 Kinryū-zan Sensō-ji).

The company said it has received positive feedback on the Arcona ecosystem, with more than 7,000 people joining the Arcona community on Telegam.