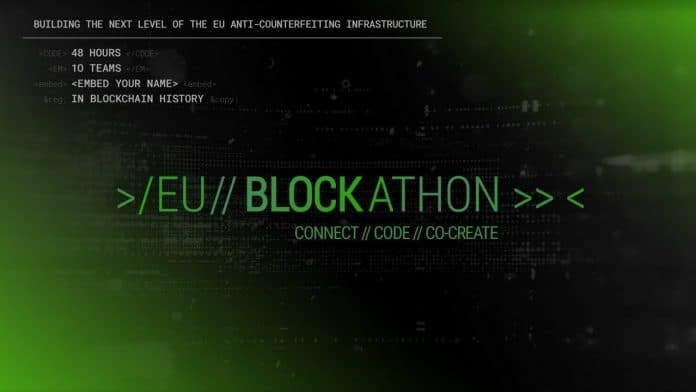 The Alicante, Spain-based European Union Intellectual Property Office (EUIPO) announced on Wednesday the launch of The EU Blockathon, a worldwide competition designed to bring together the best creative minds and coders in the European Union (EU) to build solutions to fight counterfeiting within the EU and around the world.

The EU relies on creativity and innovation to drive growth in its mature economies, with intellectual property rights related industries making up 42 percent of the bloc’s overall GDP, according to the EUIPO. Intellectual property infringements, like piracy and counterfeit goods, cost European businesses EUR 90 billion each year and reduce employment by nearly 800,000 jobs, while over 10 percent of the population – some 43 million citizens – unintentionally purchased counterfeit products. Existing solutions, including RFID tags, track-and-trace systems, customs controls, and data sharing using tools like the EUIPO’s Enforcement Database, still leave opportunities for bad actors to skirt IP protections on popular items, says the organization.

“The EUIPO is determined to explore the potential of blockchain to interconnect systems and ensure security and immutability of shared data in order to add trust to our legitimate ecosystem for the benefits of citizens, enforcers and companies alike,” EUIPO Executive Director António Campinos said, in a statement. “We believe a strong networked alliance can be built to secure logistics, ensure authenticity of goods, protect consumers and combat criminal and illegal activities.”

The EU Blockathon is supported by a partnership between the European Commission and European Observatory on Infringements of Intellectual Property Rights and will take place in Brussels From June 22 to 25, 2018, according to a statement. Teams of coders, blockchain experts, and stakeholders will compete for an EUR 100,000 prize and collaborate together to give enforcement authorities tools to rapidly identify fake and criminal activity while empowering consumers to feel secure in the authenticity of their goods and helping legitimate companies protect their business assets.