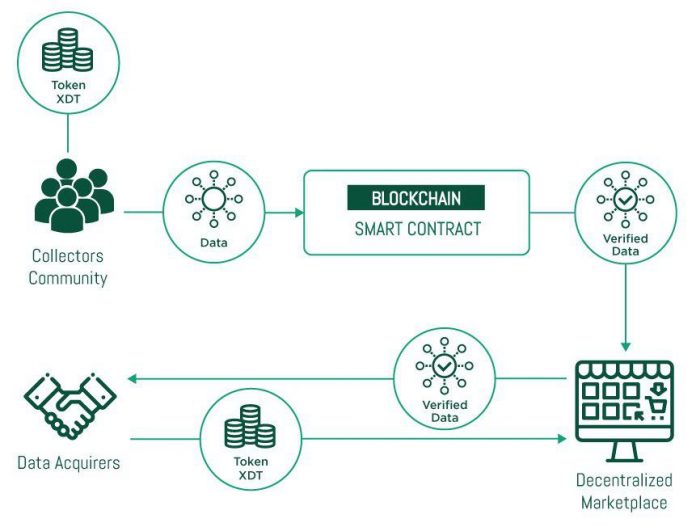 Aiming to put humans at the center of the data ecosystem, Dataeum announced on Thursday plans for an upcoming initial coin offering (ICO) of their XDT tokens, available in a presale beginning May 28 followed by a public sale beginning July 2. Dataeum seeks to help people gain value from the data they create while enabling collecting of 100 percent of the world’s ‘physical data’; stores, road signs, gas stations, and any other visual elements of the environment.

Advisor for Dataeum Simon Cocking explained, in a statement, “It is important for people to have control of the value of the data they produce. Dataeum offers an interesting innovative solution to help return this control back to the users, and make it very reliable.”

According to their statement, Dataeum’s mission is to put humans — more accurate than any machine or algorithm — at the center of data generation. The Dataeum team estimates that poor quality data cost US corporations alone over USD 3.1 trillion in losses each year, including accuracy of less than 10 percent for Google Maps pin locations. The company estimates that over 80 percent of online listings contain inconsistent or inaccurate physical data. Dataeum aim to solve this problem by granting companies access to data collected by individuals in an agreement where collectors are awarded proportionally based on the real-world information they’ve collected.

“People have become very generous with their lives in the digital domain, this demonstrates the level of trust we have developed for the digital world,” said Ericsson VP and Founder of AllcoinWiki Joakim Holmer, in a statement. “This is where we find the real genius of Dataeum. The company has achieved a situation where it can help maintain that trust but adds a new dimension, an opportunity for people to be at the roots of data generation and its efficiency. Dataeum has over the last two years been giving people a greater awareness of the value of their data, and a transparent hassle-free way to access that value.”