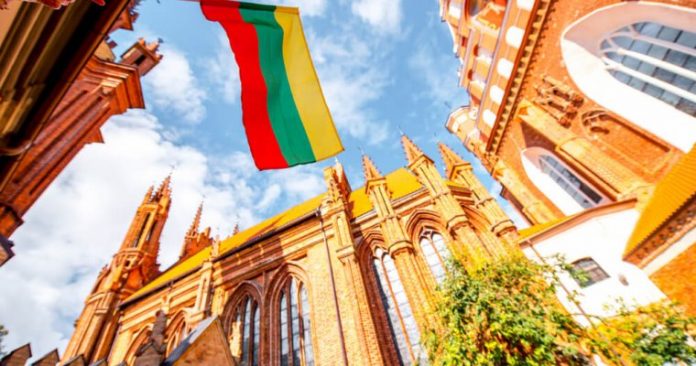 Lithuania announced on Tuesday plans to become the first ever country to allow organizations from around the world to register as Virtual Limited Liability companies (VLLC). These VLLCs would benefit from a ‘sandbox’ regulatory system, remotely managed and fully transparent by registering data and transactions on the blockchain.

“Regulatory roadblocks are still present in the procedures for expanding businesses abroad,” said General Centre of Registers employee Jonas Udris, in a statement. “We are striving to become the first country to offer the possibility to register and manage companies remotely using blockchain technology. Blockchain-based VLLCs represent an entirely new level of transparency, security, and convenience. With them, information about a company’s shareholders and the entire history of share ownership would be easily accessible to anybody at any time. Shareholders could manage their shares online, in real time, with far less paperwork. Shares could even be traded directly on the blockchain, without intermediaries.”

The Lithuanian Centre of Registers has begun work on a draft proposal that could see VLLC registration open to businesses as early as 2019. The Bank of Lithuania has also noted and endorsed the initiative, according to the statement.

Member of the Board of the Bank of Lithuania, Marius Jurgilas stated, “Bank of Lithuania is already building LBChain – a blockchain-based solutions accelerator for FinTech. [It's an] initiative to create virtual companies on blockchain; a move towards an even more ambitious goal – creating LTChain, i.e. – moving relevant public services onto blockchain.”

VLLCs would be fully recognised corporate entities under Lithuanian law and would file financial statements and pay taxes in Lithuania, according to the statement.

Managing Director of Invest Lithuania Mantas Katinas stated, “As the world is moving towards a paper-and bureaucracy-free future, jurisdictions that adapt to the increasing demand for instant solutions will win in the long run. As of now, [Lithuania] already offers FinTech companies the ability to receive a payments institution (PI) or e-money institution (EMI) license in just three months, which is faster than in other EU countries. These draft proposals on the possibility of establishing a virtual company, which can be managed remotely, are another step in the right direction.”

The statement also announced a Hackathon event in Autumn 2018, with exact dates and locations to be made public soon.