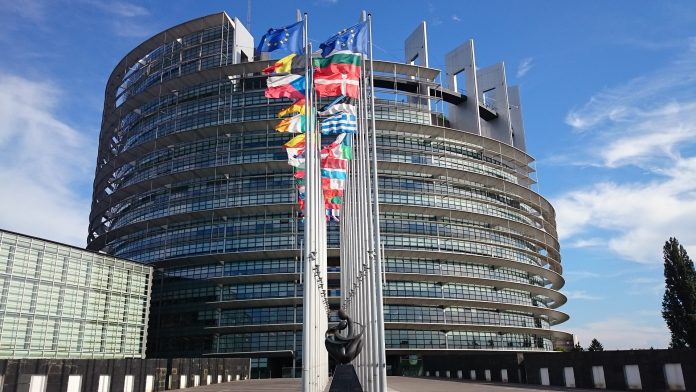 The European Parliament has sent out a ringing endorsement of the potential for blockchain technology and how it can provide significant benefits. A resolution, passed by the European Parliament’s Committee on Research, Industry and Energy on Wednesday attracted overwhelming support, with 56 votes in favor and only three against.

In addition to outlining how Distributed Ledger Technology (DLT) can deliver improvements to the economy, the document spelled out a policy approach to increase DLT in Europe, it also called on the European Commission to propose a framework for initial coin offerings (ICO), stating they “have a strong potential in funding innovation and accelerate technology transfer”.

Brought forward by MEP Eva Kaili, from Greece, who regularly speaks to promote blockchain technology, the resolution stated that DLT facilitates disintermediation, improves trust between the transacting parties and allows peer-to-peer exchange of value. All this can empower citizens, disrupt legacy models, improve services and reduce costs throughout value chains in a wide range of key-sectors.

In addition to transforming and democratizing the energy markets and allowing households to produce environmentally friendly energy and exchange on a peer-to-peer basis, the resolution earmarked the potential for blockchain and DLT to bring improvements in healthcare and education.

The Committee is requesting that the European Commission creates a strategic plan for EU institutions to use as a model for modernizing their public sector and said a European public-sector blockchain could be the heart of a trusted transactional ecosystem, while being compliant with the applicable EU Law. The Committee also wants to see the efficiency of a DLT-based voting system assessed at the EU level for voting operations in the European Parliament and the European Elections.

The original resolution can be downloaded here (pdf), with amendments here.