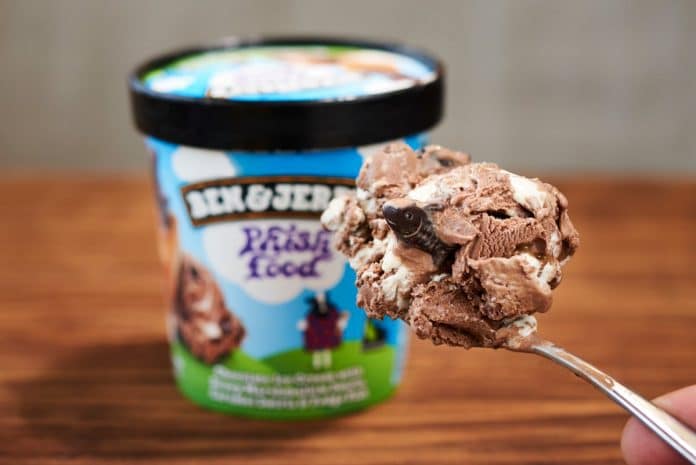 The Poseidon Foundation launched their retail platform connecting consumers with the climate effects of their purchases on May 1 in London. Today, they announced a pilot, at Ben & Jerry’s newest ice-cream Scoop Shop in London’s Wardour Street, to show how it works.

Poseidon’s retail platform allows consumers to see the climate change impacts of their purchases at point-of-sale and lets them offset their impact. This will give consumers the ability to make purchases while having a carbon-neutral impact on the environment, says Poseidon.

Laszlo Giricz, the company’s founder and CEO said, in a statement: “While this is just one small pilot, the technology is now proven and can be fully scaled and integrated, giving everyone the opportunity to understand their own carbon impact and take action. In just three weeks, we have already protected over 1,000 trees via the London store, equivalent to an area the size of 77 tennis courts.”

Poseidon uses blockchain technology to purchase carbon credits on behalf of the consumer. Last year, Blockchain News reported that their technology will prevent the double counting of carbon and will be consistent across jurisdictions. The platform uses smart-contracts and a Stellar based token OCEAN (/OCN) to manage the carbon offsetting process.

The platform uses smart-contracts and a Stellar-based token, Poseidon (/PSD), to manage the carbon offsetting process.

Ben & Jerry’s are taking this one step further by contributing towards carbon credits from a forest conservation project in Peru. They are also giving customers the ability to use the Poseidon platform when they purchase their ice cream. Their new Soho store was originally a four-month pop-up venture but is now a permanent.

Get ‘em while they’re cold. Our #LONDON Soho Scoop Shop is up and funning! Come on down! https://t.co/51H0z5wDeO pic.twitter.com/piH9TVDvEw

In a statement, Head of Ben & Jerry’s Social Mission Europe Chris Gale said: “We want to use every part of our business to support a transition to a low carbon economy, including putting an internal price on carbon and setting ourselves ambitious targets to reduce our absolute carbon emissions by 80 percent by 2020.”

Ben & Jerry’s have previously spoken out on the impact of climate change and created a global ‘Save our Swirled’ campaign ahead of the Paris UN Climate Change Conference in 2015. They have implemented measures to reduce carbon emissions within their business and have self-imposed a carbon tax.