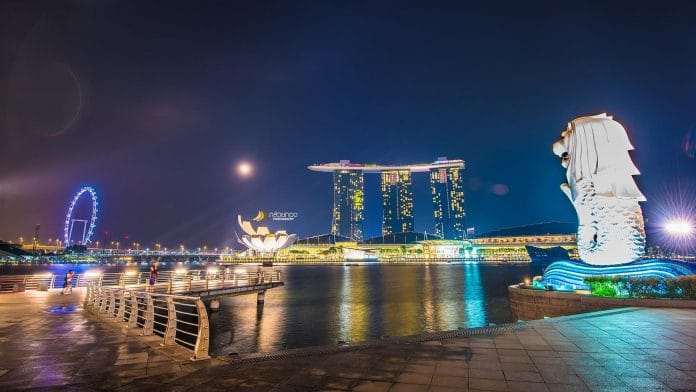 Singapore’s Monetary Authority has flexed its regulatory muscles, warning eight cryptocurrency exchanges not to trade tokens that are securities or futures contracts without its permission, while also blocking an initial coin offering (ICO) in the island city-state.

According to a press release Thursday, the Monetary Authority of Singapore (MAS) has reminded the eight exchanges, which it did not name, that they must seek MAS’ authorization if the digital tokens traded on their platforms constitute securities or futures contracts under the Securities and Futures Act (SFA).

If the digital tokens constitute securities or futures contracts, the exchanges must immediately cease the trading of such digital tokens until they have been authorized as an approved exchange or recognized market operator by MAS, the regulator said.

Additionally, MAS said it has directed an ICO issuer offering digital tokens to Singapore-based investors to stop doing so. It was assessed by the authority that the issuer had contravened the SFA as its tokens represented equity ownership in a company and therefore would be considered as securities under the SFA. Furthermore, the offer was made without a MAS-registered prospectus, which is a SFA requirement.

As a result of the intervention, the issuer has ceased the offer and has taken remedial actions to comply with MAS’ regulations, and returned all funds received from Singapore-based investors, the release stated.