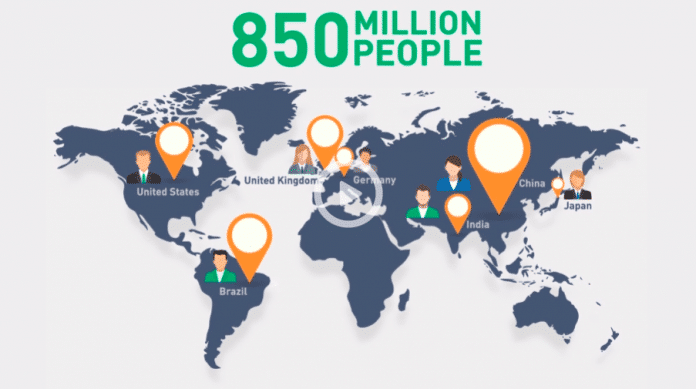 With underlying tech pioneered by data and analytics marketplace Experfy, in the Harvard Innovation Lab, the Cayman Islands-based Expercoin is launching an initial coin offering (ICO), with a private presale beginning on June 1, to help build a decentralized education platform.

According to Expercoin, its platform will use blockchain technology to support upskilling, assessments, mentorships, and peer-to-peer financial aid.

Having built a leading AI-powered platform that combines work and upskilling for Fortune 500s, the Experfy team is now launching Expercoin, which will decentralize its technology stack through a new corporate entity, the company stated.

“According to McKinsey, 850 million people in just seven countries are either unemployed or underemployed and the culprit is our educational system that needs serious reform,” stated Expercoin co-founder Sarabjot Kaur. “As the world moves toward a skills-based economy and automation eats away traditional jobs, the Expercoin protocol would enable continuous upskilling by creating dynamic learning paths and simulated apprenticeships using AI. Combining skills-based education with hands-on work would usher a highly trained workforce for an increasingly digital world.”

The announcement stated that anyone can launch an “Expercoin Republic” to bring together education in its various forms – including courses, assessments and mentorship – with hands-on work opportunities, such as internships and jobs.

Subject matter experts would seek “citizenship” in each Republic to create learning experiences, provide mentorship and other services, Expercoin stated that token holders would receive an “Expercoin Trust Quotient,” which determines the amount of influence they will have in the governance of the decentralized network.

“Expercoin intends to tokenize all interactions within its ecosystem to disincentivize bad actors and reward contributors,” the company stated. “Using the Expercoin Protocol, developers will be able to build new apps and monetize them by listing them in Expercoin's App Store.”